“As soon as A observes something which seems to him to be wrong, from which X is suffering, A talks it over with B, and A and B then propose to get a law passed to remedy the evil and help X. Their law always proposes to determine … what A, B, and C shall do for X.” — William Graham Sumner

Shlaes goes on to add: “But what about C? There was nothing wrong with A and B helping X. What was wrong was the law, and the indenturing of C to the cause. C was the forgotten man, the man who paid, ‘the man who never is thought of.’” — Amity Shales “The Forgotten Man”

The problem today is that the Forgotten Man is often also being taken to the woodshed by a panoply of cronyists, encouraged by a large federal government who always wins by being able to pit us against each other.

Pocket Full of Liberty would like to redefine today’s Forgotten Man as the Forgotten American, and measure it  by how much s/he has lost in Freedom and future prosperity in fealty to a powerful central authority.

But do not fret, here’s $30 billion in waste that Senator Tom Coburn located as a yearly tradition. Or this example from a great piece titled “Hyper-regulated Lawlessness:”

The IRS sent 23,994 fraudulent tax refunds totaling $46.3 million to a single address in Atlanta, for example – but there are a lot of people pinching a little bit each from Uncle Sam, skimming cash and benefits from countless different programs.  It often turns out these scams were amazingly easy to perpetrate – our bloated government simply failed to notice, or chose not to notice, all those hands stuffed in its pockets.  The “free” cell phone program has been defrauded on a billion-dollar scale by people who simply showed up, applied more than once, and walked away with several taxpayer-funded cell phones tucked in their pockets.  People who work for this program have been caught indulging such theft, and even teaching people how to do it.

So who’s picking up the tab?

“The forgotten man… He works, he votes, generally he prays, but his chief business in life is to pay.” – William Graham Sumner

So raise your glass with me or pour some out for the Forgotten American, to quote Neal Dewing,

“I’m happy even though we’re living in an era of expansionist government and rampant anti-Catholicism.”

The forgotten American  is still a generally optimistic and happy individual despite the carpet bombing coming from the above-mentioned sources. Unlike the Left, the Forgotten American’s self-worth doesn’t crumble by the mere presence of dissent.

The upside for the Forgotten American is that, thankfully, he still gets to vote. Every day the government squeezes one more of us, is one more motivated person with a ballot. 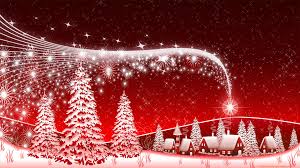