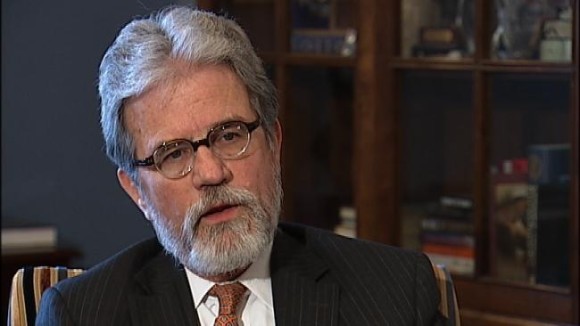 My feelings on the Ryan/Murray budget are pretty clear. You can’t polish a turd no matter how hard you try.

Perhaps the most insulting portion of the budget deal is the one that hits military retirees. From CNN:

The deal cuts pension cost of living raises by 1 percentage point for military retirees who aren’t disabled and not yet 62 years old. Cost of living hikes are automatic raises intended to keep up with inflation.

The problem is, most military retirees are a lot younger than private sector retirees. They enlist in their 20′s and retire in their 40′s. Very few stay on till they are 62 — those who may be lucky enough to escape major injuries at war, or rose to higher echelons in the military system.

The net savings is expected to be around $6 billion.

Some have tried to brush this off saying, “Hey…these guys get very generous benefits. 40 years of pension benefits for 20 years of service!” and attempted to make the case that there have been no changes to the military retirement program since it was implemented in World War II.

Still, it’s somewhat infuriating to see this when there’s so many other areas of the budget Ryan and Murray could have found to reach $6 billion savings.

Oklahoma Senator Tom Coburn has released his yearly book called ‘Wasteland.’ In it, Coburn highlights nearly $30 billion in wasteful spending that has taken place. Here are some of the more egregious examples:

As the U.S. war effort in the Middle East winds to a close, the military has destroyed more than 170 million pounds worth of useable vehicles and other military equipment. The total amount of equipment eventually to be scrapped—the equivalent of 77,000 metric tons—is approximately 20 percent of the total war material the U.S. military has in Afghanistan.

The military has decided to simply destroy more than $7 billion worth of equipment rather than sell it or ship it back home. “We have a lot of stuff there. Inevitably, we overbought,” stated Gordon Adams, a professor at American University and former defense official in the Clinton administration. “We always do when we go to war.”

One federal agency is charging other offices and taxpayers to provide government reports that are largely available free of charge on the Internet. It is essentially the “let me Google that for you” office of the federal government.

Home to more than three million records, the Department of Commerce’s National Technical Information Service (NTIS) collects “government-funded scientific, technical, engineering, and business-related information” and reports and sells them to other federal agencies. Only it turns out most of what it sells can also be found for free on the Internet with little effort.

In an era of technological advances that make the machines of war smaller and more agile, the Army spent three and a half years developing a football field-sized blimp that would provide continuous surveillance of the Afghan battlefield – called by some an “unblinking eye.”

In 2013, however, the Army closed the blimp’s eye forever when it brought the project to a halt after spending nearly $300 million. The Army sold the airship back to the contractor that was building it for just $301,000.

The Senate Office of Education and Training offers Senate employees a wide variety of free courses on everything from the “Benefits of a Good Night’s Sleep” to “Pressure Point Therapy Workshop,” in which students are taught “how to locate and relieve active pressure.

For its efforts, the office was provided $1.9 million in 2013 according to information provided by the office of the Senate Sergeant at Arms.

Go through the entire publication to see how ridiculous our government is with wasting money.

This is what makes people see red when it comes to this kind of politicking.

You can talk about “tactics” and “strategy” all you want, but when the same people keep making and breaking the same promises and doing the same dance with the budget they do all the time, people are going to throw up their hands in exasperation.

It is much more frustrating knowing Republicans ran away from a budget fight with a weakened President, only to turn around and stick it to members of the military, all in the name of “good politics.”