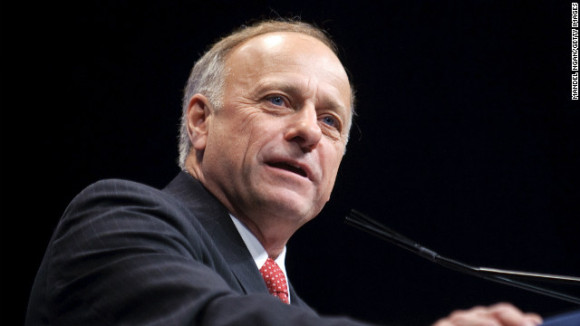 Rep. Steve King (R-Iowa) is headed to New Hampshire in October for his second visit to the early primary state this year.

King has not confirmed interest in a 2016 presidential bid, but a planned visit to another early primary state, South Carolina, sparked speculation that the conservative lawmaker is thinking about running for the White House.

King visited the state last week, tweeting a picture of himself in Dixville Notch, N.H., which holds the coveted position of the first town in New Hampshire to vote during the state’s first-in-the-nation presidential primary.

This is the same Steve King who was smart enough to go on about many illegal immigrants being drug smugglers on national television. Same guy who says something facepalm-worthy nearly every other day.

Nonetheless, while 2016 is a long ways out, big name politicians have been spotted in early primary states too. Rand Paul, Rick Santorum, and Ted Cruz have all taken trips to Iowa. If King really does run for president, at least he’ll be… entertaining?