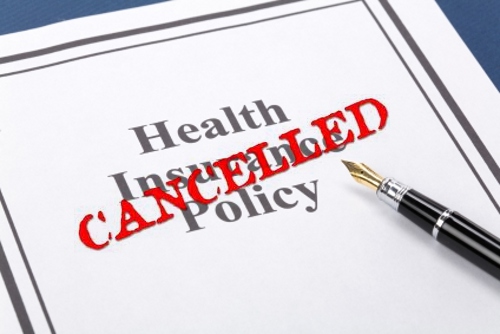 It happens all too often. The GOP is handed something on a silver platter and they run off, chasing squirrels.

Every single day there is a new story about people — not hundreds…not thousands….but hundreds of thousands of people getting notices that their health insurance plan has been cancelled. And that figure will rise to millions.

And what are Republicans doing? Telling Kathleen Sebelius to resign or testify before a House panel.

Why? Go ahead and hold hearings. But Republicans seem to think this is going to benefit them politically. How? I guarantee upwards of 70% of the American people have no idea who Kathleen Sebelius is. And even if she does resign, what has been gained? Somebody else will fill her shoes and people will still be having health care policies cancelled.

If you're an GOP elected and not getting how #insurancecancelled is going to play, wake the eff up.

Amy Otto and I put this graphic together four days ago.

You know it’s already out of date? The numbers are over a million already.

This law is a disaster. And we’ve only seen the tip of the iceberg. There is this huge opportunity out there for Republicans to once again, show the public how the government tried to do something and failed at it. They can do that a lot better by telling the stories about people who have had to search for new doctors and different healthcare plan, even after being told by President Obama:

Like Rick said….wake up. There is a golden opportunity here.