When looking at the past several years, it’s no surprise that the GOP has a problem connecting with younger voters — and they’ve done little to remedy this issue. Democrats tended to do well with young voters in recent history, and over 60% of young voters favored Barack Obama in 2008 and 2012.

Still, disheartened by Washington’s antics, many young people are simply choosing not to vote.

For Republicans, this is the perfect time to catch their attention. I don’t speak for all young voters, but I’m confident that I speak for many of them with this list of things that could get me to feel more positively about the GOP in 2014 and beyond:

1) Stop complaining that Obama is a “celebrity president” and start getting in touch with people the way that he does. Yes, I find it totally obnoxious that President Obama makes his rounds on the talk show circuit more than a reality star. And yes, I wish the president could do his job and not have to appeal to the masses who can’t be bothered to read a news article.

But that’s not how things work. Appealing to the masses is how you get votes. Rand Paul went on The Daily Show and actually did a great job articulating his views about young people & healthcare to a young audience that probably had no idea what his views were in the first place. Compare this to Mitt Romney who wouldn’t go on The View in the weeks before the 2012 presidential election, calling the hosts “sharp-tongued women” and sending Ann Romney to do the show instead. Speaking to large audiences is a great thing, but it can’t only be to audiences that will agree with you. The point is to spread your message, not only to make the echo chamber louder.

The GOP should also do other things to reach out to voters, like use social media to directly connect with constituents. It seems so obvious, but most Republicans haven’t mastered Twitter beyond the usual canned auto-tweets (although they are better at it than Anthony Weiner, so there’s that).

Rep. Justin Amash, Governor Chris Christie, and even newly-elected Democratic Senator Cory Booker are great examples of how to get your message out there on social media. They post interesting news, often engage with followers, and the results are effective — and sometimes downright funny. 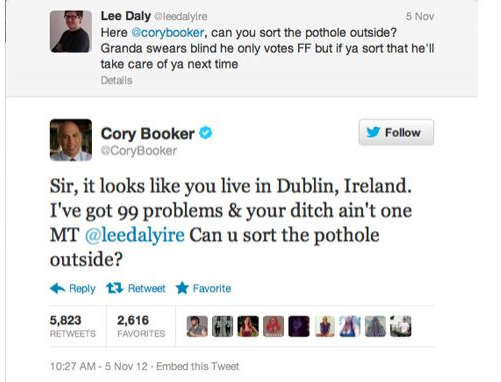 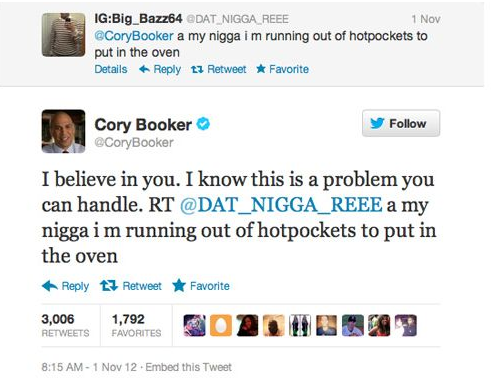 Same sex marriage factored in some of the biggest political decisions of the past two years and it’s been a huge political win for Democrats since Obama publicly supported marriage equality in mid-2012. Social issues really motivate people to get out and vote. And with same-sex marriage, it’s very easy to paint someone as homophobic and intolerant — even if they aren’t. Republicans need to stop falling into that trap. Public opinion on the issue is shifting, with most Americans supporting the rights of same-sex couples to marry, so the GOP needs to keep that in mind.

Chris Christie and Rand Paul are two examples of how to handle this contentious issue. Though he supports civil unions over same-sex marriages, Chris Christie made a smart political decision in New Jersey by dropping his legal challenge in the state Supreme Court. He knew that public support was not on his side — neither in his state nor the country as a whole — and knew better than to fight a losing battle.

Rand Paul, on the other hand, has shown that he is capable of putting his religious beliefs aside when it comes time to govern. Senator Paul believes that decisions regarding marriage, like many other issues, belong in the hands of the state. That’s what I respect in a candidate: someone who recognizes that he or she represents ALL Americans and puts principles ahead of personal beliefs. 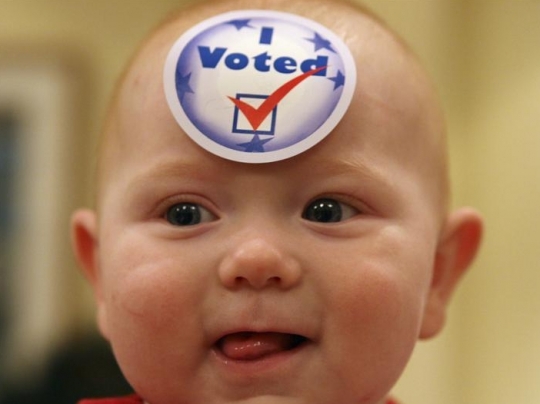 3) Remember that whole NSA thing? That was kind of a big deal. The government is getting too big, and we all know what happened the last time something became too big to fail.

Distinguish and distance yourselves from the Democrats on this issue. The NSA is probably only slightly more popular with young voters than Congress and hemorrhoids, so tackling this issue would be a great opportunity.

4) And speaking of the NSA – what happened to the idea of small government? Let the Democrats be the party of big intrusive government, and point out every single instance of how they’re doing it.

And remember that young people love the Internet and hate the government trying to regulate it. We hated CISPA and SOPA and other laws that try to restrict and censor web content.

5) I left this one for last, because it can’t be stressed strongly enough: be positive about your candidate instead of only being negative about the other guy.

Seriously, GOP, you offered up a candidate you only halfheartedly supported in the hopes that people would hate Obama enough to want to vote against him in 2012. Not surprisingly, many people just stayed home and voted for neither candidate.