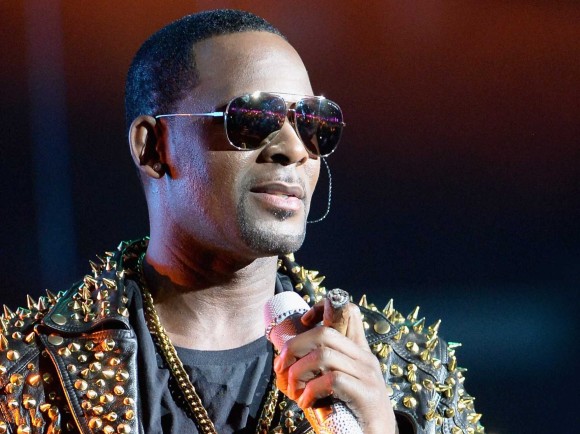 You may have heard the name “R. Kelly” before. He’s a singer / rapper who has had a long career in the pop and R&B music business. He recently collaborated with Lady Gaga on a song that has generated some buzz on the pop scene. He’s also a sexual predator, according to music journalist, Jim DeRogatis. (Fair warning: Following that link to the Village Voice story on the subject will make you question humanity.)

Now, you might be wondering how R. Kelly is 1) not in jail and 2) not considered persona non grata in the music industry or society in general. It’s a baffling situation. But “artists” operate under different rules than everyone else. That’s how convicted rapist, Roman Polanski, is still lauded by the movie industry despite living in France because he fled the US to avoid sentencing. There’s a long list of “artists” who have gotten away with all sorts of crimes and are still “respected” artists in their given genres. It’s not new.

But let us focus on the particular case of R. Kelly and what he has done and the new attention being brought to it. Keep in mind that we’re talking about the pop / R&B scene and, yes, R. Kelly is black. These facts add an additional layer of complexity to the phenomenon I outlined above. Let’s be clear, though. The only reason why things get more complicated when the person in question is not white is because the liberals who dominate the space make it that way. And, according to reports, most – if not all – of R. Kelly’s victims were also black. In my view, the race of the perpetrator or the victims is irrelevant, but that’s not how things work. Race overrides everything in this PC world we live in.

Things get all “nuanced” when the parties involved aren’t white. So instead of pinning the blame on the long history of artists getting away with all sorts of crimes because they’re celebrities who get special treatment, the left plays the race card.

DeRogatis’ response is blunt and troubling and worth reading in full. Throughout his career, DeRogatis interviewed two dozen women, sifted through “hundreds of pages of lawsuits” with nauseating details of abuse and intimidation tactics used against them, and felt the emotional rawness of women whose lives have been ruined. “The saddest fact I’ve learned is: nobody matters less to our society than young black women,” he said. “Nobody. They have any complaint about the way they are treated: they are ‘bitches, hos, and gold diggers,’ plain and simple. Kelly never misbehaved with a single white girl who sued him or that we know of. Mark Anthony Neal, the African-American scholar, makes this point: one white girl in Winnetka and the story would have been different.”

Actually, the story would be different if R. Kelly were treated the way any other person, white or black or whatever, would be treated if he were just some dude who didn’t make hit records. But racialists have to racialize, and the narrative must be advanced. We’re all racists, don’t you know.

“Artists” enjoy a certain level of protection. The dirty truth is that R. Kelly received an extra layer of protection from consequences because he’s black and I would wager he knows it. If the lawyers and industry execs protecting him didn’t come through, I have no doubt he had the race card handy. He just never needed to use it. In an ironic twist, though, the same race obsessed media that would have helped him make his case is now using racism – our collective racism against young black women – to explain how he still enjoys freedom and success in the business. (That cloudy haze in your brain right now is completely normal. It happens when you try to follow liberal logic. It’ll pass.)

The pop industry is a hyper-sexualized one and the R&B / Hip Hop part of that industry is especially so. But Lady Gaga and Miley Cyrus will get mountains more criticism for crossing lines of decency, even from the leftist dominated media, than any hip hop or R&B “artist” would. The political correctness police have made it this way. You can’t criticize a non-white person the way you would a white person or you’re a racist. It’s ludicrous and yet it has become the standard.

It happens in other aspects of society, too. A white kid goes on a shooting rampage and it’s national news. Black kids are killed on a daily basis in the inner city, but that doesn’t make the headlines. And, to make the situation even worse, if you point to the crime problem in the inner city, you’re the racist, not the media who ignore those stories every single day.

One day, in my lifetime, I hope we reach a point where people are actually treated equally. Liberals claim they want to get to that day too. The only problem is that they are the biggest reason why we won’t. They are the ones who, instead of treating people equally, carve out “protected classes” and apply different standards to people based on the color of their skin.

Racism exists on both “sides of the aisle.” The left, however, makes it harder to overcome because they cynically, or in many cases misguidedly, refuse to stop applying double standards even when they don’t make sense as in this case of R. Kelly.