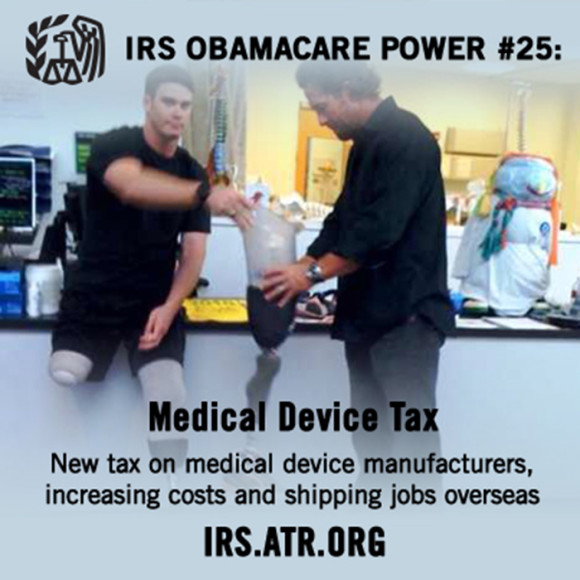 Someone from the Obama Administration lied?!  I’m shocked!  Shocked, I tell you!

News broke yesterday regarding a report from the Advanced Medical Technology Association, directly contradicting Kathleen Sebelius’ claim that no job loss would occur due to Obamacare.  In fact, upwards of 33,000 people were “liberated” from their jobs as a direct result of Obamacare.  And because the tax is assessed on sales, not profits, I fear thousands more will be liberated from job-lock in the near future.

A new ObamaCare tax on medical devices has already resulted in the loss of about 33,000 jobs in the industry, according to a prominent health-care trade association.

The grim statistic negates claims this week by Health and Human Services Secretary Kathleen Sebelius that “there is absolutely no evidence . . . that there is any job loss related to the ­Affordable Care Act.”

The Advanced Medical Technology Association surveyed its members to determine the number of lost jobs since the 2.3 percent excise tax on medical devices took effect in January 2013, raising about $3.8 billion a year to help pay for ObamaCare.

The survey found that nearly a third of respondents had cut research and development because of the tax, and almost 10 percent had moved manufacturing abroad.

Let’s take a look at that last sentence again, shall we?

The survey found that nearly a third of respondents had cut research and development because of the tax, and almost 10 percent had moved manufacturing abroad.

Unless you live under a rock, a majority of Americans know about the Medical Device Tax, and knew early on it would cause job losses in the thousands…. what people don’t seem to realize is that it will also be disastrous to the advancement of medical innovation.

If only someone had warned us about the detrimental effects of this train wreck of a law!  Oh, wait.  The Wall Street Journal warned in September, 2012:

Even more important to the average American is the industry’s role in saving and sustaining life. Medical devices have contributed to remarkable advances in numerous areas: artificial hips and knees, and devices used in the treatment of cancer, and for angioplasty, vascular surgery and in-vitro fertilization, to name a few. Many of these devices have not only improved the quality of life for patients, but also produced health-care cost savings—for instance, each time an angioplastic balloon made open-heart surgery unnecessary.

Especially hard hit could be the hundreds of small companies developing medical software applications. These apps promise to revolutionize the practice of medicine—for instance, by delivering blood-sugar test results for diabetics. The IRS is deciding now whether to treat apps as medical devices subject to the tax.

The adverse effect of this confiscatory level of taxation on traditional device makers is already clear. In my state of Indiana alone, Cook Medical has canceled plans to build one new U.S. facility annually in each of the next several years, and Zimmer plans to lay off 450 workers, while Hill-Rom expects to lay off 200. Stryker, based in Michigan, anticipates having to lay off 1,000 workers.

As a result of the looming device tax, production is moving overseas, good jobs are going to Europe and Asia, and cutting-edge medical devices will now be produced elsewhere for import into the U.S.

Meanwhile, the impact on the quality of care is incalculable but no less real. Thirty billion dollars must be taken out of operations or R&D. Who knows what lifesaving devices that might have been developed will fall victim to this tax?

Because Obamacare has yet to be fully implemented, we cannot know the full effects of the law.  So far millions have been tossed off the healthcare plans they liked.  People have lost the doctors they’ve been using for years.  Hospitals are closing, and thousands upon thousands are losing their jobs or having their hours cut back.  As Nancy said, get ready to embrace the suck.