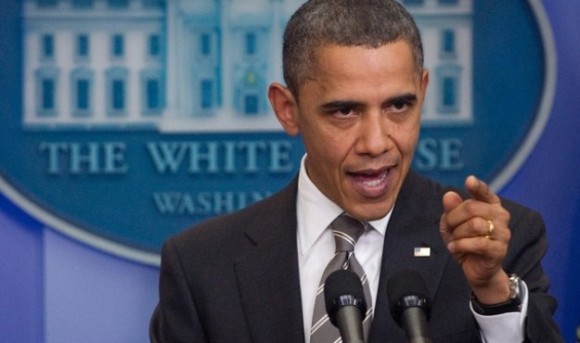 The Obama era has been one of sweeping change, just as we were promised. To think: in 2008 we didn’t have a massive, unfunded entitlement predicated on a supposedly free people being coerced into buying a product they may not have any use for, and that almost certainly will cost them more money – if they can ever sign up for the goddamned thing.

I’m told by several earnest liberals that my revulsion at being compelled to line the pockets of health insurance executives – to the dubious benefit of my poorer countrymen – is merely a sign of my failure to sympathize with our hapless permanent underclass, or to grapple with electoral reality, or of my racism, or my obnoxious, malignant stupidity.

The fierce debate over Obamacare has left the nation polarized. The ball-shriveling effect of the law on our stumbling economy was felt years before it’s ignominious debut, yet despite the evidence of our eyes and the attestations of innumerable unemployed or underemployed Americans, Democrats have never wavered in their commitment to seeing their friends in the health insurance industry comfortably provided for. While Republicans use the few legislative options at their disposal to delay the implementation of what they believe is a ruinous and ill-considered law, Americans are caught between advocacy masquerading as reporting and the very real depredations of the Obama cabal on liberty and good governance.

I don’t hesitate to say that America is hardly recognizable as the same country that Barack Obama inherited from his cultural and moral superiors.

There is more government, and less freedom – whether personal, religious, or economic.

The latest sorry chapter in the story of Democratic contempt for the people who trusted them to govern responsibly has unfolded over the last week as the government shut down due to the impasse in Congress.

Bad enough that government workers might be furloughed. It’s worth it to remember that a good many of these bureaucrats are actual people. It’s unseemly to wish suffering on your fellow Americans, no matter how you feel about their employer. But it wasn’t enough for government workers to feel the pinch of the shutdown, oh no: for the Democrats, this crisis was an opportunity to remind the little people just where they stand.

The first engagement in this war of their choosing was fought on poorly-chosen ground. The WWII Memorial, an open-air park we were previously free to traverse at any time of day or night, was barricaded. The manpower to do this and enforce it was a peculiar expense for a government that was supposedly shut down. Yet somehow the government found the will to deny dying old men the opportunity to view the memorial to their sacrifice. Thankfully, the veterans of that war – fewer each year – remain constitutionally unable to cotton to a government so petulant and vindictive, and politely ignored the barricades to hobble and wheel around their monument.

Not content to confine their Washington Monument strategy to monuments in Washington, a directive went out to close national parks across the country and ruin vacations from Yellowstone to Shenandoah. Those worried that the Obama administration’s renowned indifference to small business would fail to make an appearance need not have done so. Along the Blue Ridge Parkway, October is peak tourist season.

Naturally, they’ve determined that the businesses which depend on those tourist dollars need to close along with the parks, regardless of how fully-booked or staffed they were. The employees of those businesses will just have to work on their whittling or whatever it is unimportant hicks do when they are suddenly unemployed and homeless. Oddly, the Park Service seems to have found the money to employ rangers to interdict paying customers. A pattern begins to emerge here.

Well, private businesses are one thing, but surely these tone-deaf miscreants would balk at evicting a walker-bound octogenarian from a private residence which just so happens to sit on federal land? Nope. “Overnight stays not permitted,” unfortunately.

Over the weekend the news broke that the Amber Alert website was down. There was an understandable outcry surrounding this development, though we were assured the service itself was not suspended – just the part of it most readily accessible to a concerned public.

After the Fiddlers of Unwilling Children and Kids PAC failed to mount a serious defense of this policy, the wonderful people in Washington somehow managed to find a way to staff the website. Almost as if they never had to shut it down in the first place. Almost as if it was all some queer sort of theater designed to give an impression that public safety was being held hostage.

Depressing as it is to think that the Obama administration might play politics with hypothetical kidnapped children, witness the latest actual obscenity from these gobshites:

The Pentagon confirmed Tuesday that, as long as the budget impasse lasts, it will not be able to pay death benefits to the families of troops who’ve been killed in combat.

“Unfortunately, as a result of the shutdown, we do not have the legal authority to make death gratuity payments at this time,” said Lt. Cmdr. Nate Christensen, a Defense Department spokesman. “However, we are keeping a close eye on those survivors who have lost loved ones serving in the Department of Defense.”

Of note: this applies only to the families of soldiers killed after September 30 of this year – of whom there have been five, so far. Despite the bill passeing last week to pay for the military, the Pentagon claims it has clear instructions from its budget office not to make these payments. The Republicans plan to offer a bill to fund these payments.

God willing, the Democrats in the Senate will pass it along and the President will sign it quickly.

We are governed in the White House by contemptible fools who seem willing to visit every indignity upon their weary constituents in pursuit of political supremacy. We are still a free people, ostensibly.

Government acting against the interests of its people is treading dangerous ground – and they would do well to remember it is ground we’ve trod before.