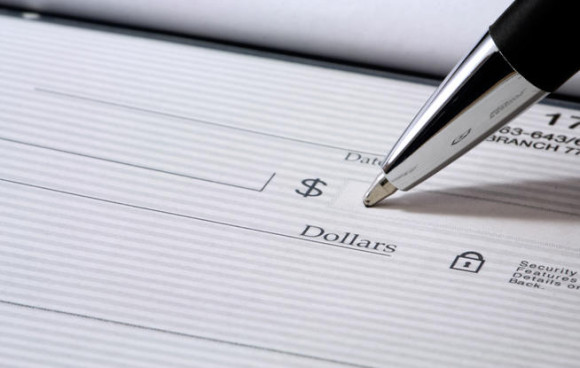 When Mike wrote about the minimum wage several weeks ago, he was set upon by several people who claimed he lacked “empathy” for low income workers because he argued against raising said minimum wage.

Their addled brains came to the absurd conclusion that since Mike did not agree with a particular public policy that it meant he was fond of hugging his money while at the same time, putting a boot to those who think demanding $15.00 an hour to ask, “Would you like fries with that?” is perfectly reasonable.

In much the same way, there is a segment of the American left who for one reason or another choose to define “compassion” by inquiring as to who you voted for. Therefore if you voted for Barack Obama in 2012, then you’re on the side of the angels when it comes to “caring” for others. If you chose instead to vote for Mitt Romney, then it just reveals you to be a penurious sort, thrilled at the prospect of crushing the poor under the weight of your car elevator.

Biden supports the right government programs and Mitt Romney does not. Therefore, the pretzel logic demands we heap praise upon Biden while directing scorn at Mitt and Ann Romney. Because show horses or something.

Imagine for a moment the absurdity of this kind of thinking. One man walks past a homeless person and gives him a few bucks to get something to eat. The next guy walks past and says, “Hey, I voted for Obama! High five!” Awesome.

Here are a few points to consider as it relates to this issue:

1. Your checkbook is going to give greater insight into your compassion than anything else.

Let me be Obama clear: People in need don’t give a rat’s rear end who you voted for. Casting a ballot for President Obama no more makes you a compassionate person than the person who claims to be “singer” because they belted out a drunken version of “Mony Mony” at a karaoke bar.

What does your checkbook tell us? Where is your money going? What are you spending it on? If your credit card and bank statements show plenty of entertainment and dining expenditures but nothing to a local house of worship or charities, why should one take you seriously if you claim to be “compassionate”?

2. You don’t define “compassion” by taking from one person and giving it to another.

Remember when you were a kid and you didn’t want to eat a portion of your dinner? Your Mom may have said something like, “You know, there are starving children in Africa who would happily eat that food!” Ironically, Mom would decline to donate to the guy knocking on the door asking for donations for hungry children in Africa.

It’s a similar mindset among the “compassionate” crowd. They’re happy to pluck a few bucks out of your wallet, give it to somebody else and say, “That’s from me!”

However, when the time comes that they are faced with parting with their own cash, the response is, “Sorry dude. Grand Theft Auto 5 is out and I need that game.”

By claiming one doesn’t care about the poor because they didn’t vote for the right guy is the equivalent of merely making a point. You are not however, making a difference.

3. Your “compassion” has made many people indifferent to the plight of those less fortunate and created a sense of arrogance by those who think private charities can’t do the work the government can.

The federal government has spent trillions of dollars ever since Lyndon B. Johnson declared his “war on poverty.” It’s clearly a war that has not been won. Contrary to the myths spouted by the do-gooders that greedy selfish Republican politicians have “harmed” the poor, government assistance programs have managed to grow quite sizable despite 28 years of GOP governance at 1600 Pennsylvania Avenue since 1968.

For some, it has created an environment where people think, “The government has all of these programs. Why should I donate to _____________?”

On the other side, the ones who think their Obama/Biden sticker somehow managed to feed hungry kids, turn up their nose at the notion the private world can do better at serving the poor than some bureaucrats in Washington DC. They’ve been conditioned to believe that unless private charity can deliver an iron-clad promise to eradicate poverty, then they’re useless.

By maintaining such a ridiculous standard of “All or none”, it ignores a principle that would see people reach for the checkbooks a lot faster:

Do for one, what you wish you could do for many.

It’s a simple concept, but one that works and should be encouraged.

So to those who happily pat themselves on the back thinking they’ve “helped” the poor by making a particular choice at the ballot box, save us all the haughty lectures about how much you care. When your checkbook can match your verbosity, then I’ll take a listen.

Until that time, kindly shut up.

UPDATE: If the government can do better than this, let me know.