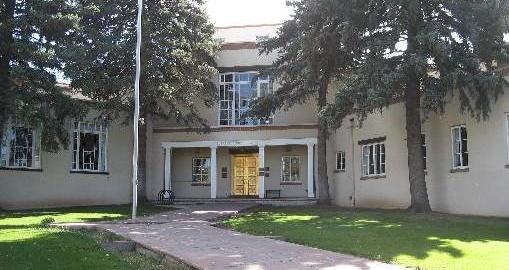 According to the New Mexico Supreme Court, if you want to engage in commerce in the United States — you may have to start checking your freedom of speech and freedom of religion at the door.

Specifically, if you run a photography business like Elane Photography and do not wish to take part in documenting a same-sex marriage ceremony because of your religious beliefs, well, tough break.

A New Mexico event photographer’s refusal on religious grounds to shoot the commitment ceremony of a same-sex couple amounted to illegal discrimination, the state’s highest court ruled on Thursday.

New Mexico, along with 20 other states and the District of Columbia, has a law that explicitly protects individuals from being discriminated against on the basis of their sexual orientation. Another 29 states have no such protection.

“We conclude that a commercial photography business that offers its services to the public, thereby increasing its visibility to potential clients, is subject to the anti-discrimination provisions of the and must serve same-sex couples on the same basis that it serves opposite-sex couples,” the court ruled.

Lest you be left with any doubt as to what road this decision intends on taking us down, Justice Richard Bosson helpfully laid out the philosophy behind the ruling in his concurring opinion. Ted Olson highlighted the relevant passages over at Christianity Today:

The Huguenins are free to think, to say, to believe, as they wish; they may pray to the God of their choice and follow those commandments in their personal lives wherever they lead. The Constitution protects the Huguenins in that respect and much more. But there is a price, one that we all have to pay somewhere in our civic life.

In the smaller, more focused world of the marketplace, of commerce, of public accommodation, the Huguenins have to channel their conduct, not their beliefs, so as to leave space for other Americans who believe something different. That compromise is part of the glue that holds us together as a nation, the tolerance that lubricates the varied moving parts of us as a people. That sense of respect we owe others, whether or not we believe as they do, illuminates this country, setting it apart from the discord that afflicts much of the rest of the world. In short, I would say to the Huguenins, with the utmost respect: it is the price of citizenship.

This is chilling. In saying that the proprietors of Elane Photography have the right to believe what ever they wish, but that they must check those beliefs when entering the public square. Justice Bosson continues in the slow, stealthy replacement of the First Amendment-backed “free exercise” of religion with the much more narrowly-constrained “freedom of worship” (a favorite term of President Obama).

Despite 85% of Americans agreeing that individuals and businesses with a conscientious objection to same-sex marriage should not be compelled to participate in these ceremonies, judges and activists are slowly but surely laying the legal groundwork to extend anti-discrimination penalties to cases like these from one end of the nation to the other.

This is how liberty dies. A court case here, a civil suit there, an “inventive” concurring opinion which down the road is cited as precedent for a binding majority opinion.

Unless ordinary citizens are vigilant against these quiet and incremental attacks, one day we’ll all look around and find that our concepts of “freedom of religion,” “freedom of speech,” or simply “freedom” have radically altered from what we remembered — and we won’t be able to say exactly where it all went wrong.