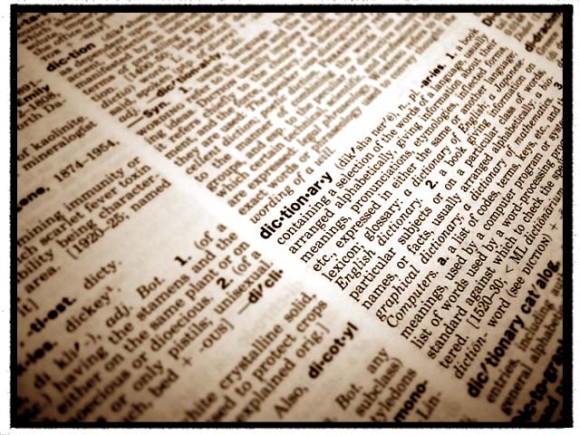 Navigating the political interwebs can be a perilous adventure. You don’t want to be misunderstood when engaging in polemical discussion, but the meanings of the vernacular employed today often stray from the more pointed and narrow definitions they originally carried.

In order to make things clearer, here is a primer on the common usage of many phrases you’ll find in the right-of-center blogosphere:

RINO: Any Republican or self-described conservative who disagrees with you on any issue.

“Senator Rubio is working on a comprehensive immigration reform bill. He’s such a RINO.”

Anarchist: Used to describe a person who believes that a free people might be able survive if government doesn’t perform a certain task.

“You know, I like what Ron and Rand Paul say about the economy, but they want to decriminalize drugs. I just can’t support anarchists.”

Neo-con: An individual who disagrees with you in any way on foreign policy, esp. one who believes that America should have a greater presence abroad than you think we should.

Fred: “Something needs to be done to prevent Iran from acquiring nuclear weapons. I don’t trust them not to use them.”

Bill: “Fred, you’re such a neo-con warmonger. Are you paid by the oil companies or the Israel lobby?”

Isolationist: An individual who disagrees with you in any way on foreign policy, esp. one who suggests that America does not have an interest or moral imperative to intervene in every conflict that ever occurs in the world.

Bill: “What occurs in Syria is between the Assad regime and the rebels.

Fred: “I just can’t agree with all you isolationists that nothing in the world is America’s business.

“World’s police”: A catch-all phrase used to describe what the U.S. would be if we intervened in any conflicts abroad.

Fred: “The Germans have just crossed into the Rhineland. Maybe someone should stop them before this gets out of hand.”

Bill: “We aren’t the world’s police, you know.”

Hopefully, you will find this primer useful. Please feel free to leave comments inquiring about other terms with which you have difficulty in case I can assist in clarifying them in future posts.