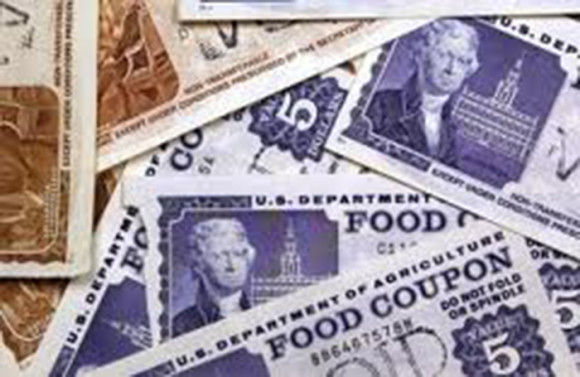 Welcome to the United States of Welfare….

A recently released Department of Agriculture (USDA) report on the “Food Assistance Landscape” for the fiscal year 2013 shows that for the second year in a row, participation in the federal government’s SNAP (food stamps) program has increased despite a corresponding drop in the unemployment rate, bucking the historical trend. The unemployment rate fell below 8 percent in 2013. On the other hand, the percentage of the U.S. population on food stamps in 2013 rose to the highest level ever, just over 15 percent at 47,600,000 persons.  The orange and blue lines on the right side of the chart below demonstrate the divergence:

A quick trip over to the USDA website for SNAP program participation and cost information from 1963-2013, shows that it has risen steadily since 2008, to a record high number of participants – 47,636,000.

Comparison time, because you know how much the left loves to blame all the things on George W. Bush.  During Bush’s entire time in office the SNAP participation rate rose by 10.8 million people in 8 years.

Obama has only been in office for 5 years and the SNAP participation rate rose by 19.5 million people.  But, according to Obama he didn’t massively expand the welfare state, or something.