The Arkansas legislature has failed to appropriate funds for their “private option” Medicaid expansion under Obamacare. The State Senate approved the measure 27-8, but the House avoided wasting taxpayer dollars on the poorly crafted plan. 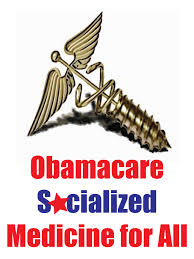 Under the plan from last October, the state expanded its Medicaid program for people making between the Federal Poverty Level and 138% of FPL, as envisioned under Obamacare. But Arkansas got a waiver under which they would use their Medicaid money not to put people on traditional Medicaid, but to pay for commercial insurance, similar to the Obamacare exchange-based insurance.

The plan passed back then, but failed 72-28 today, needing 75% for passage. According to the Arkansas Times blog,

More votes tomorrow, in both the Senate and the House. The Senate is expected to vote first tomorrow. At last count, the 27 votes needed for passage there were said to be in hand.

Reps. Altes, Bragg and Thompson, all of whom voted for the bill Tuesday, didn’t vote today. But Fred Smith, who didn’t vote yesterday, added an “aye” today. The nays were the same as yesterday.

Jonathan Ingram has shown that the Arkansas “private option” was dishonestly sold. As The Arkansas Project’s Nic Horton wrote in January,

Did private-option legislators understand that they were promising what they couldn’t deliver? Were they lying? Were they ill-informed? Were they just confused? Ingram is careful to avoid making accusations about such matters, but he demonstrates that the private option was – with respect to its advocates in the legislature – almost completely free of truth in advertising.

House leaders say they will continue voting until it passes.