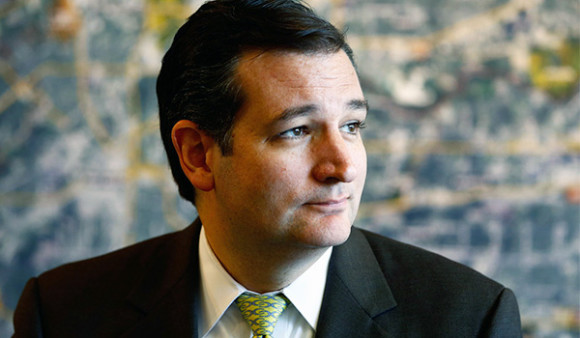 Pretty interesting considering the piece Sowell wrote that had everybody chattering. Here’s some of what he says:

However unjustified Senator Cruz’s actions, the very fact that a freshman Senator can so quickly gain so many supporters with so much enthusiasm ought to be a loud warning to the Republican establishment that they have long been a huge disappointment to a wide range of Republican voters and supporters.

One of the most maddening qualities of establishment Republicans has for decades been their can’t-be-bothered attitude when it comes to explaining their positions to the American people in language people can understand. A classic example was Speaker of the House John Boehner’s performance when he emerged from a meeting at the White House a while back. There, with masses of television news cameras pointed at him and a bank of microphones crowded together, he simply expressed his disgust at the Obama administration, turned, and walked on away.

Emphasis is mine but it echoes what I wrote today about how conservatives feel about the GOP after 20 years of failed promises.

Democrats are constantly articulating their talking points. Less than 24 hours elapsed after the Congressional Budget Office reported that Obamacare was likely to cause many workers to have their hours cut back before Democrats were all talking about the “freedom” this would give workers to pursue other interests, rather than being “locked-in” to long hours on a full-time job.

And then the hammer comes down:

The Republican establishment has more than a tactical deficiency, however. They seem to have no principle that they offer or follow with any consistency. Their lack of articulation may be just a reflection of that lack of principle. It is hard to get to the point when you have no point to get to.

Boom. One can criticize Cruz on “tactics” all they want. But conservatives see leaders in Washington DC with no principles or vision for the future beyond the next election cycle.