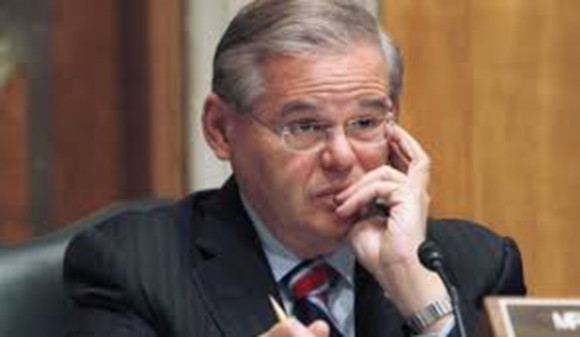 While the MSM are falling all over themselves reporting on BridgeGate and the indictment of Dinesh D’Souza, it seems New Jersey Democrat Senator (and Dominican Republic prostitute aficionado) Robert Menendez is again in hot water…

The Department of Justice is investigating Menendez’s efforts on behalf of two fugitive bankers from Ecuador, multiple current and former U.S. officials tell NBC 4 New York. The probe into Menendez’s dealing with the bankers comes as federal authorities are also investigating his relationship to a big campaign donor from Florida.

The criminal investigation is focusing in part on the senator’s ties to William and Roberto Isaias, and whether the senator crossed a line in trying to help the two brothers stay in the United States.

The Isaias brothers have been fugitives from their native Ecuador for more than a decade — sentenced in absentia for embezzling millions as the bank they ran there was collapsing.

The Isaias brothers now live in Coral Gables, Fla., running several successful businesses, and they have never been charged in the U.S. But back home in Ecuador, they’re wanted men.

Back in the 1990s, outraged Ecuadorians took to the streets demanding their money back after several banks collapsed, including the country’s largest, Filanbanco, which had been run by the Isaias brothers.

An auditor’s report for banking authorities in Ecuador found Filanbanco lost hundreds of millions of dollars.

In 2005, U.S. Ambassador to Ecuador Kristie Kenney wrote a cable to the State Department saying the Isaias brothers absconded “with $100 million” and “used their ill-gotten wealth to buy safe passage from Ecuador.”

The ambassador recommended the Isaias brothers be kicked out of the United States. But to date, the Justice Department says Ecuador’s government, which has been at odds with the U.S. in recent years,  has not provided enough evidence to warrant extradition.

“The fact that the Isaias brothers continue to live a life of luxury in the U.S. while their account holders are suffering in Ecuador has been a constant concern between the U.S. and Ecuador since their flight,” said Linda Jewell, a former U.S. Ambassador to Ecuador.

Their lawyer says that the brothers are innocent and are appealing their convictions, and that they did not steal any money and are actually victims of political persecution by Ecuador’s government.

“And that is the problem of the Isaiases, that they have committed the crime of being rich in a poor country,” said their attorney, Xavier Castro Munoz.

He says Filanbanco was in fine shape until the government took it over.  And he says the justice system in Ecuador is broken and the brothers “will not get justice in Ecuador.”

Ecuador has seized many of the Isaias brothers’ assets in that country.  But so far, a court in Florida has rejected Ecuador’s efforts to seize assets inside the U.S.

For years the Isaias brothers have been seeking permanent residence in the United States. Officials say they turned to the powerful New Jersey senator for help.

Multiple officials say Menendez wrote letters and made phone calls to the Department of Homeland Security and the State Department in support of the brothers. The former head of the FBI in New Jersey says such letters and calls are not the normal practice.

“It’s shocking,” said Weysan Dun, the former special agent in charge of the FBI’s New Jersey office. “I think most people would know and would believe that it be appropriate to keep your distance from individuals who are convicted of crimes in their homeland.”

On April 2, 2012 for example, officials say, Menendez personally wrote high-ranking Homeland Security official Alejandro Mayorkas, asking that the brothers get “full consideration” and that the Department of Homeland Security “expedite its review.”

Investigators say they want to know whether the senator attempted to influence immigration officials in 2012 in exchange for campaign donations.

I’m sure the MSM will be all over this shortly… after all, there’s no such thing as media bias.