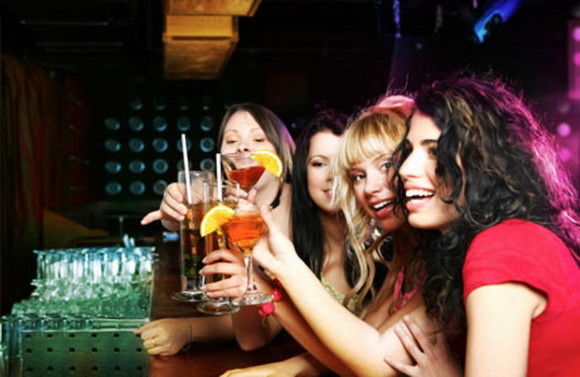 As a man, I had to think for a long time about whether or not I wanted to write this piece. When the issue is rape or sexual assault of any kind, it’s like tiptoeing around land mines.

That being said, there were several women who voiced support for me writing it, so here we are.

I became very interested in looking at it after seeing this piece at the website Chicks On The Right. Here’s an excerpt:

A video seen by Total Frat Move apparently also showed the “attacker” performing oral sex on the woman.  Other still photos confirmed this.

Let me just pause here a second and say that I in NO WAY condone people taking photographs of this and posting the photos to Twitter and Instragram or whatever.  That’s just icky.  But when the “victim” of this “assault” went to the police the next day, the police chief immediately condemned people for not “helping” the victim. And I’ll be honest.  I shook my head at that one. Various accounts from folks who witnessed the sexcapade said that the woman was clearly enjoying herself, and didn’t need “help” at all, except perhaps for someone to tell her that she was a MORON for having a guy perform oral sex on her on the side of a busy street. In fact, while she was enjoying this guy’s mouth, she used her hand to pull his head towards her more, according to video accounts.

No one was charged in the end, because it became obvious relatively quickly that both parties were simply drunk, and that the woman in question felt like a moron the next morning and decided to cry “rape” as an attempt to scale back her humiliation. And so in that sense, it’s a good thing there WERE photographs and video, to prove that this was some pretty consensual activity.  But the fact that she went to the cops in the first place?

Well, that pisses me off.

As it should anybody.

Rape and sexual assault is serious business – both for the victim and the accused.

It’s for this reason both men and women should be outraged when:

Even in the military, while the focus has been on the increase in sexual assaults, it’s noteworthy that the number of false allegations of sexual assault grew faster in that same time period.

The exact number is not known, but experts say that anywhere from 50% to 90% of rape cases are not reported to police. Women are often afraid of their attacker. They’re embarrassed because they feel like they may be “responsible”  (most women are raped by people they know, not strangers). But most do not come forward because they’re afraid nobody will believe them.

People often wave their hand at the relatively “low” number of false rape allegations. It’s somewhere between 2% and 3%. Is that an acceptable number? Of course not. Read the case of that ND college student and what he endured after being accused of rape. Brian Banks was a standout high school football player who was going to USC. He spent 5 years in prison for a rape he did not commit (his accuser admitted making it up). Jonathan Turley has a post here where he discusses a number of cases where false allegations of rape were made and the relatively light punishment women receive for doing so.

It’s due in part to the women who falsely allege rape that many real victims are afraid to come forward.

And for those women who go out to parties or bars and get drunk and wind up in some guys bed only to regret it later? It’s time for you to take some responsibility. If you don’t want to be part of that scenario, here’s a suggestion:

Stop going out and getting drunk.

I can see it now. Some are already asking in their mind, “How dare this man blame the victim for what happens to them! Have you no decency, sir?”

I am not blaming the victims.

I am hoping to prevent more women from becoming victims.

So ladies, if you want to go get drunk and have a roll around the sheets with some drunk guy you meet at a party or a bar, go right ahead. But you live with the consequences of your actions. No court would absolve you of responsibility if you climbed behind the wheel of a car while intoxicated. Why should the standard be any different if you willingly get into bed with somebody while intoxicated?

Rape is disgusting act of violence.

Don’t attempt to ruin man’s life because you get a sudden attack of conscience. And don’t dishonor the real victims of rape by creating an environment that makes it more difficult for them to come forward.