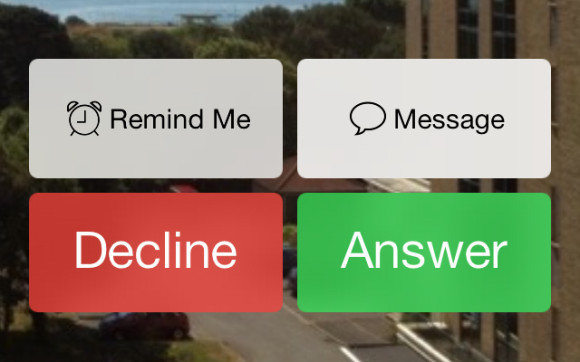 iOS 7 was a nearly a complete re-boot of the iPhone OS. While many people (myself included) like it, there are plenty of people that hate it.

Granted, I think some of this hate has to do with being so familiar with the previous OS’s and having to get used to a new one.

That being said, there have been some issues and one of the most annoying is what appears to be the inability to decline a call. In iOS 6, the screen looked like this: 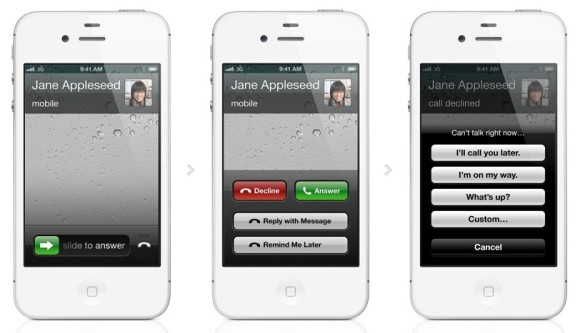 When a call came in, you would slide the little phone on the right up, and you would be presented with the options in the middle. The decline button is right there. However, in iOS 7 it doesn’t look that way. The header image in this post shows the screen when the phone is not locked, but when locked it looks like this: 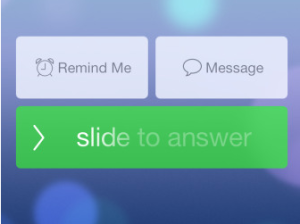 There is no way to decline a call. You can press the power/wake button at the top of the phone but all that does is turn off the ringer. The caller on the other end is still getting a ring and there’s nothing you can do with the phone until that call goes to voicemail.

Well, after searching around I have found there is a way to decline the call and it’s simple:

Just press the power/wake button (on top of the phone) twice quickly and that will decline the call.

This will free you up immediately to tweet how you just got a call you declined.