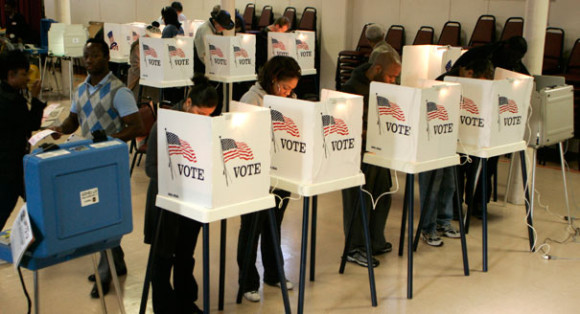 A better question is: Why are we — conservatives — afraid of competition?

Representative Steve Stockman announced yesterday he was going to challenge sitting Senator John Cornyn in a bid to see who will face an as of yet unnamed Democratic challenger in the general election.

Given a choice between Stockman and Cornyn myself, I’d support Cornyn. While not perfect (who is?), he’s solidly conservative. If a Republican is elected in President in 2016, Cornyn would back the GOP President in most areas, particularly judicial appointments and that is going to matter more in the long run than anything else.

But that is for the people of Texas to decide. That’s what a primary is for. John Cornyn didn’t ascend to his seat through osmosis. He won a primary and then he won the general election.

That’s how the system works. What’s wrong with that?

I understand the concerns some people have about Cornyn having to use campaign funds to fight off a primary challenger, but if there are enough people strongly behind him, he’ll prevail.

The knee jerk reaction some have to a primary challenges also hearkens back to a time when we had to hear the names Sharron Angle, Christine O’Donnell and Todd Akin. They were bad candidates that lost winnable races.

Interestingly enough, it was in the state of Virginia where people complained a primary process was not used in determining the GOP candidates for the Governor’s race. Ken Cuccinelli was selected at a party convention, rather than a primary.

The bottom line is, no office holder is entitled to their seat.

Justin Amash, a favorite of libertarians and one who is not well liked by mainstream conservatives (for the most part)  is facing a primary challenge.  I plan on sending a donation to Amash because I think it’s good he’s in Congress. But the people who live in Michigan’s 3rd congressional will make the final decision.

That being said, the pearl clutching that is going on over Stockman’s announcement is silly. Cornyn has a lot more money and since he has been through this twice, he’s obviously a much more seasoned campaigner, and has done so statewide.

If you support Cornyn and want him to defeat Stockman to take on the Democratic challenger in the general election, then get out there and be part of Cornyn’s campaign and/or break out your checkbook and send him some cash.

But we can we stop acting as though competition within our own party is a bad thing?