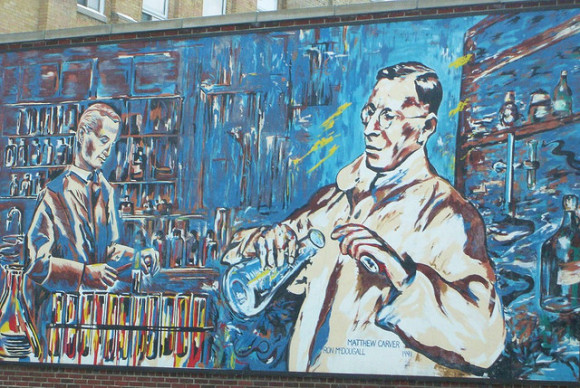 “River, we’re not telling people what to think. We’re just trying to show them how.” – Serenity

It was the Greek monarch and adventurer Pyrrhus who once famously observed that even an unquestionable victory can sow the seeds of later defeat. A study of the history of modern American conservatism would reveal that this truth applies equally to politics as it does to warfare. Granted, we are far removed from the days when conservative and libertarian thought could be casually dismissed by the likes of Lionel Trilling as “a series of irritable mental gestures.” Indeed our network of think tanks, journals, media outlets, political action committees, blogs, and podcasts has never been more powerful and capable of reaching and influencing so many of our fellow citizens. Yet for all this supposed influence, it seems the American Right is capable of doing nothing more than checking on some (but not all) occasions of the ever-expanding scope of the federal government. This is a far cry from the promise of the 1980s, when domestic liberalism was being rolled back by conservative reforms — and global Communism finally and blessedly collapsed.

Why this change in the weather?

The reasons are manifold, but a key element is the disappearance of the guiding principle and common objective. For decades this not only acted as the glue that held together our combative factions, but served to unite us against a common foe. I speak, of course, about anti-Communism.

In the face of the collectivist hydra, men and women of good will from all across the spectrum of the Right (and indeed, many on the Left who came to recognizes the horrors Marxism-Leninism and all its bastard children) united under a common banner. The religious devotee who was appalled by the creeping secularization and moral bankruptcy of Western society and saw the logical conclusion of this trend in Moscow’s Red Square; the skeptical traditionalist seeing all the old forms and customs of society recklessly swept away by the tides of Revolution; and the civil libertarian looking who looked on in horror as liberty and justice were demolished in the name of the People.

Conservatives and libertarians from all walks off life recognized the existential threat posed by Communism and Socialism — and realized that only by working together and resisting this monster in all of its forms would Liberty win a chance at survival. In a word, they worked as a team.

Then in the late 1980s, something unexpected happened: we won! Seemingly overnight, the Evil Empire was gone and with it went the greatest part of the raison d’etre of the conservative coalition. Granted, it took a decade and a half (to say nothing of two ruinous presidential primary cycles) for fractures to start appearing, but they are undeniably there. These days, despite the relentless challenge the conservative movement faces from the Left, it seems as if our hands are turned against ourselves as they are against our ideological foes.

In order to once again regain our focus and start claiming genuine lasting victories, we require a new rallying point. We require an overarching principle or set of principles broad enough to appeal to the entire conservative-libertarian spectrum, while remaining specific enough to be identifiable and easy to explain to voters. And, of course, it has to accurately capture the views and aims of our political opponents.

The fusionism of the twenty-first century ought to be centered on a staunch opposition to technocracy.

There exists among the American political elite a paternalistic creed that professes a faith in the power of government to “improve” and “positively shape” peoples’ lives. This creed is largely non-ideological, which makes it a more elusive foe than Communism with its material dialectic, theory of history, and stated methodology.

The technocratic impulse infecting American government has no such aspects. Its guiding principle is the nebulous goal of making government “work better” by any and all means — so long as it is understood that this always entails government working bigger. At the end of the day, it all comes down to that fatal conceit among the wise and the powerful that they know how to run your life better than you do.

Whether we are speaking of Mayor Bloomberg’s clownish health edicts; the thousand little “incentives” built into Obamacare to nudge you (or your doctor) in the direction of making the “right decisions” as determined by a federal bureaucrat; the National Security Agency’s probably sincere belief that they are a better judge of what constitutes necessary privacy in electronic communications than the voting public; or a judge who appoints himself the arbiter as to what a person’s religion demands of them in terms of public practice – it all comes down to the same thing. By alternating leaps and sprints, this technocracy is removing political power from the hands of the people and placing it under the care of supposed experts.

There exist multiple benefits to be derived from a conservative-libertarian alliance against technocracy.

Firstly, and most obviously, such an alliance gives us the best hope of preserving our rights and liberties in the face of a tenacious foe that has metastasized across party lines. Instead of bickering among our blogs, releasing dueling studies, and white papers from our preferred think tanks — we would now have a clear definable objective against which to pool our mutual resources. It depersonalizes what we are opposed to, allowing the same principles to be applied against both Republicans and Democrats who fall into the technocratic mindset and keeps the debate from falling into an off-putting, shifting, and ultimately futile opposition to individual leaders and politicians — any of whom the broader technocratic agenda can do without. It puts into simple language the core of our political program, and does so in such a way that appeals to the innate individualism that runs through the American psyche, thus enabling us to compete — not just for 53% of the vote, but 100%!

Secondly, uniting against technocracy will form a common cause on which conservatives and libertarians can work and out of which we can hopefully build greater camaraderie. Nothing promotes understanding and mutual respect among people with deep-set differences of opinion like collaborating on a shared passion. If you don’t believe me, think about the pro-life movement and try to remember the past time a prominent Evangelical leader denounced the pope as an anti-Christ. Lines of communication will open, relationships will form, bonds will be forged, and the result will be a stronger, more unified movement. There is an innate human tendency to treat one’s friends and colleagues with a greater level of respect and open-mindedness than strangers or mere acquaintances. You may even find yourself coming to the defense of a friend when he is faced with an outside attack, even if you do not agree with your friend’s position. We on the Right would be fools not to do everything in our power to leverage the strength of interpersonal relationships to the benefit of our cause.

Thirdly, this common cause will help our various wings better understand one another and forge a more peaceful accord with regard to those issues on which we will inevitably continue to disagree. As we begin to oppose the same foe and use the same vocabulary, we will grow accustomed to speaking a common political tongue. This will serve to break through the Babel that often arises between ardent factions. Social conservatives will likely never convince libertarians of the evils of same-sex marriage by railing against how it is destroying the traditional fabric of the family. However, if it was instead argued that we ought to oppose, on general principle, all efforts to rapidly redefine societal concepts (a favorite tactic of technocrats when faced with an inconvenient obstacle that simply cannot be thrust aside) — whether it be “marriage” or “privacy” — this may cause a few libertarian ears to perk up. It would not necessarily change any minds, but it would hopefully lead to an increase in understanding and a decrease in animosity.

After all, we are all in this together.

This is not meant to be some grandiose manifesto. It does not require that the Executive Board of the Vast Right-Wing Conspiracy gather in an antechamber of the Merovingian Family Crypt and vote to adopt it as our battle plan for the future. This is something that is meant for everyone’s use: in the neighborhood, on your group blog, among your Twitter circle, and at your local party county committee.

Consider yourself drafted. No matter your place in the movement or your level of involvement — we are all anti-technocrats now.