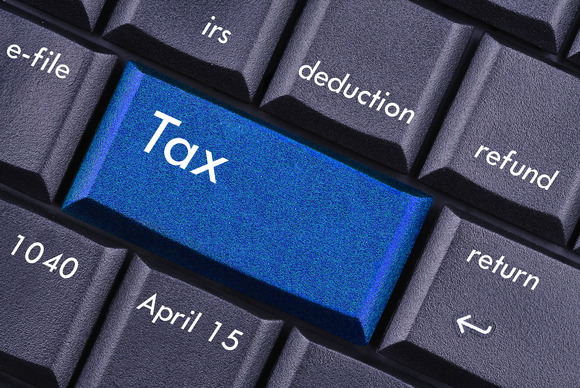 One has to wonder if somebody is sneaking into the offices of some GOP House members and slipping narcotics into their coffee.

Polling in opposition to the legislation crafted in the Marketplace Fairness Act (the Senate bill the House is now contemplating acting on) is brutal:

When respondents were informed “the proposed legislation would allow tax enforcement agents from one state to collect taxes from online retailers based in a different state,” and that it would entail new tax collection obligations for businesses, the margins against it swung to 70% and 69%, respectively.

When confronted with the best arguments in favor of the legislation and against it, more than 60 percent of respondents supported the anti-MFA arguments.

And if you want to wonder why GOP pols are having primary challenges mounted against them, there is this:

In a separate sample of 700 likely Republican primary voters, the poll asked respondents to choose which candidate they would vote for: A, who supported an MFA-type sales tax collection approach or B, who worked against tax increases on the Internet. By a whopping 70%-16% proportion, Candidate B won – thus revealing that supporting MFA is a dangerous vulnerability for Republicans facing a GOP primary.

Yet despite the overwhelming opposition to this legislation, members of the GOP House, in what can only be described as inside the beltway insanity, are looking to move forward on Internet sales tax legislation:

Republicans in the House are taking a step forward on Internet sales tax legislation despite potential opposition from the GOP base.

House Judiciary Committee Chairman Bob Goodlatte (R-Va) is expected to release his own set of principles on the issue in the next week or two, according to sources who are closely watching the legislation.

The principles are a sign of fresh momentum for online sales tax legislation after Goodlatte and other top Republicans in the House — including Speaker John Boehner (R-Ohio) — voiced deep skepticism about the Senate-passed Marketplace Fairness Act (MFA).

Goodlatte could have chosen to bury the bill, but his decision to craft the principles shows he is serious about moving some version of the legislation forward.

The principles are expected to be broad policy statements with positions such as maintaining a simple system and not burdening businesses.

If you want to know why the libertarian populism movement is gathering steam, this is a perfect example.

This is capitulation on the part of state governments who want more money to spend and corporate retailers (online as well as brick and mortar) who can afford the additional financial burden of compliance, looking to shove aside their competition who don’t enjoy that luxury.

There is not even a coherent way in which to determine what state should collect the revenue. I’m sitting in Georgia. I place an order on Amazon.com whose headquarters is in Seattle, WA. The order ships from a distribution center in Tennessee, fulfilled by a manufacturer that is headquartered in Texas.

That doesn’t even begin to address the burden that will be placed upon small web-based businesses that sell products online to comply with whatever the geniuses in DC come up with.

I say “geniuses” with all due sarcasm. Because one has to wonder what is going through the minds of the addled brains of our elected representatives for them to think for even a second this is good policy and good politics.