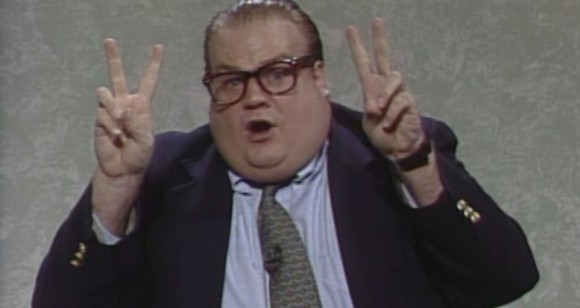 Take a look at some of these statements below:

Peter King said Republicans all over the country are going to suffer because of what Sen. Ted Cruz (R-Texas) has done: “I don’t care where you’re from, what Ted Cruz is doing is affecting the entire country.” – Rep. Peter King

“When it comes to the tea party’s influence on the GOP, the debt ceiling should be the least of Wall Street’s concerns.” – “How the Tea Party GOP May Force Megabanks to Raise More Capitol,” AEI You’d think perhaps Elizabeth Warren might be of more concern to folks.

“Things were just fine as long as the tea party contented itself with running around in tricorner hats and Uncle Sam costumes on stilts accusing anyone who believed in man-made global warming of being a commie-loving traitor. Good times. We all have to have hobbies.”  – “Tea Party is Over for Big Business Republicans,” Daniel Ruth

“I had a conversation with one of the members of the legislature the other day. I said, ‘I respect the fact that you believe in small government. I do, too. I also know that you’re a person of faith. Now, when you die and get to the meeting with St. Peter, he’s probably not going to ask you much about what you did about keeping government small. But he is going to ask you what you did for the poor. You better have a good answer.’”–  Gov. John Kasich

“I don’t know of anybody in the business community who takes the side of the Taliban minority,” said Dirk Van Dongen, longtime chief lobbyist for the National Association of Wholesaler-Distributors

“Ted Cruz and his Tortilla Coast Republicans are leading us to a default,” a Senate [Republican] aide told TPM

“Right now, tea party extremism contaminates the whole Republican brand. It’s a very interesting question whether a tea party bolt from the GOP might not just liberate the party to slide back to the political center.” – “A Tea Party Exit Would Be a Blessing for the GOP,” David Frum

The entire goal of each statement above appears to be to give up and shrink the tent.

The point being, these people who think they are the wiser part of the party can get annoyed at Ted Cruz, Mike Lee or outside groups such as Heritage Action — but you do it within the family.

If you are so deserving of leadership, you should do the following. 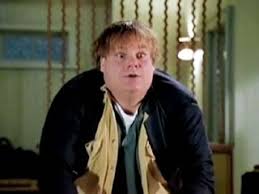 You have to earn the right to lead. It’s not a given. Try winning people over. It’s more fun and guess what? It works.

Blaming everyone but the actual politicians in the House who all bungled this mess by not lining up 218 votes for something better than the Senate deal was stupid. I’d say, yes, while personally I was for negotiating on the ACA — if I got a group to follow me into the fox hole, I would have had a bottom line we all agreed on before we decided to go into the breach.

In the end I would have backed the guys in the foxhole with me and aligned to a single solution. Part of being conservative isn’t just policy. It’s character and being aware that you are on a team, knowing what they’re capable of.

You can blame leadership, moderates, and conservatives for that. None of us were in the room, and we know all sides have an incentive to spin and shift blame. Being cautious of all politicians is a sane response — picking sides among people who are all self-interested isn’t.

To moderates: if it was you who balked at sending a counter — you suck. To conservatives: if you balked at aligning to a final offer that was on the table because somebody would score your vote — you suck.

You should do your job with integrity and a score isn’t as important as backing the guys who went into the breach with you despite their reservations.

Defend your decision and sell it as the best way to get the most conservative offer finalized. No score is a substitute for being a good candidate and politician. Scoring can be somewhat helpful, but you are expected to be a functioning human being. Weigh your options and defend your final decisions. 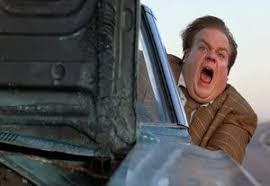 For everyone else who isn’t a Republican House or Senate member: I’d suggest that passing blame around to everyone but your federal representatives is quite helpful to your representatives — but not for you getting your desired outcome. The buck stops with your representative and not some outside group or a guy on Twitter who has an opinion. So perhaps it might be time for a cease fire since the performance all around was not spectacular.

If the Tea Party is so stupid, I can’t imagine it would be so hard to stop them from ruining everything. I mean if you can’t outwit backwoods anti-science rednecks, who can you beat? Or is it that they might actually be smarter, more educated, and wealthier than you?

A little friendly competition is healthy. Try not to panic and act like a screaming leftist at the thought of it. Oddly enough, it might make you a better candidate.

Happy to continue a dialogue here to aid in getting people to attack the real enemy: the statists (ie Democrats and leftists). Feel free to use the comment section liberally….

Ace was much more eloquent here regarding what divides us.