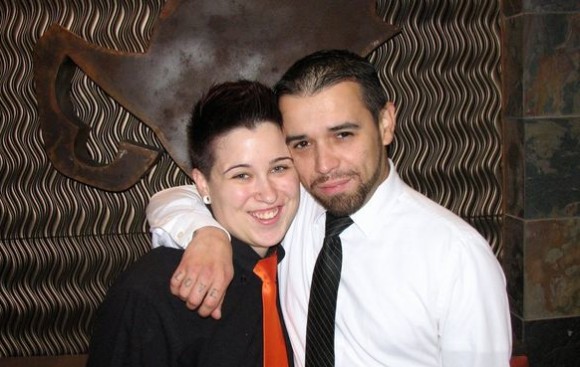 Lies such as these are always going to catch up. It’s bad enough she lied about the couple who didn’t tip her (they did) and left an anti-gay note on the receipt (they didn’t), but she also collected money from people all over the place who felt bad for her. Dayna Morales, a former Marine, claimed she was going to donate the money sent to her, to the Wounded Warrior Project, a charity that aids disabled veterans.

Turns out that may not be true either:

After the story of a lesbian, ex-Marine waitress who claimed she was left an anti-gay note in place of a tip caught worldwide attention, she promised she’d donate the replacement “tips” she started receiving from supporters to the Wounded Warrior Project.

But the organization, which supports injured service members, couldn’t verify it had yet received any donations from Dayna Morales, who has been off the schedule at Gallop Asian Bistro since a couple claimed the note was a fake, Patch reports.

There is always a chance something can go viral on social media. Always. She probably posted the fake receipt story to her Facebook page hoping just friends would see it. As is often the case however, when something such as this happens, the lies snowball.