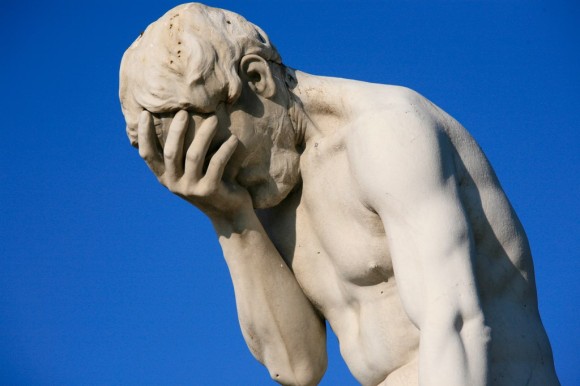 You may have noticed that the media is once again throwing around the term “income inequality” in recent days. If you’re attuned to the political environment, you probably know why. Democrats are in trouble and they need a narrative change. ObamaCare is wreaking havoc on a fifth of the US economy and there’s an election a year from now.

The Democrat Media Complex needs a new shiny. Democrats need to figure out a way to buy some votes and they’ve settled on raising the federal minimum wage. Now, they’ve lost this battle over and over again for years, but they’re desperate. They can’t run on their economic record. They can’t run on ObamaCare. It is time to reach deep into the well and break out the class warfare nonsense. A debate about raising the minimum wage, based on the economic realities – aka facts – of such a move, is a losing one for Democrats. They need to go the “feelings” route.

How do you convince people that there’s this horrible thing out there needing to be fixed? How do you get people to “feel” a sense of panic so they don’t apply reason to any proposed solutions? The first step is to make it sound like it’s the biggest problem ever. You direct people’s attention to the “evil rich” and all their stuff and you stir up a collective envy of these things the rich have and you don’t. You talk about how the top (insert whatever convenient percentage) of people have (insert whatever percentage of wealth / stuff) and how this, THIS, is why your life sucks. Everything would be better – you’d have more stuff! – if only the “evil rich” didn’t have as much stuff.

They think like this. The leftist brain is wired somehow to think that if the rich are less rich, the poor will be less poor. This is core progressive dogma. It isn’t backed up by a shred of data, but they believe it. It is their religion, except that there’s never been one “miracle” or any other hint that it’s true.

They even have experts on the subject. Yes, allegedly smart people have spent their lives studying “income inequality” and they’re experts on it. And, you guessed it, these experts thought Obama’s speech on the topic today was “historic.” That must have been some speech! Let’s see what he proposed and why it got income inequality experts all tingly.

A few key takeaways from the speech: Obama described the decline in economic mobility as a direct consequence of inequality — as opposed to arguing that lack of mobility is itself the problem — and as the product of trends that are decades in the making. He cast the need to ensure that ”opportunity is real” for our children as “the defining issue of our time.”

Ah, I see. It’s not the crappy economy, the lack of jobs, burdensome regulations, the refusal to exploit our vast natural resources, ObamaCare, or the like. No, people. The problem is the rich have too much stuff. Inequality is why the economy sucks. (I can’t even imagine actually believing this nonsense. Let’s move on.)

Obama also argued that current levels of inequality and lack of opportunity as out of sync with the country’s founding values, noting that “the premise that we’re all created equal is the opening line in the American story,” and that the way to preserve that promise is to ensure that “success doesn’t depend on being born into wealth or privilege, it depends on effort and merit.”

Pretty rich coming from Obama who was hoisted up through the political ranks without either.

And, crucially, Obama described the overall problem as the result of the rich pulling away from the rest. He noted that the share of the country’s wealth is increasingly going to the top while tax cuts for the wealthiest have cut into investments that benefit the rest, emphasizing that this has made it harder for poor children to escape poverty. Meanwhile middle class incomes have stagnated thanks to technological advances and declining unions. Result: The “basic bargain at the heart of our economy has frayed.”

By the way, when Leftists say “investments” they mean “government spending.” Now re-read that paragraph and remember that the country has spent trillions of dollars fighting a War on Poverty for over 50 years. There is no lack of “investments.” They just don’t ever work the way the Left imagines they do. A rational person would look at the track record of these “investments” and say, “Hmmm. Maybe this really isn’t the most efficient way to lift people out of poverty.” Leftists, however, see the problem as “Dammit! We’re not spending enough! Let’s soak the rich some more.”

I don’t know about you, but I’m itching for some policy details to see how they plan to fix this horrible income inequality thing. How do they propose to address this crisis? Let’s see:

Obama discussed the need to prioritize growth; for universal pre-K education; to raise the minimum wage; tax and trade policies that encourage companies to grow here; more investments in worker retraining; proposals to reduce the cost of going to college; and other ideas.

Prioritize growth? I’m skeptical. Do they even know what growth means? Have these people ever grown anything besides the government budget? Wait, that’s probably what they’re talking about. Growing “investment” – aka government spending. Because that always works.

Universal pre-K. Huh? I thought the problem was income inequality?

Tax and trade policies that encourage companies to grow here. Now this might actually do something. Thing is, this is lip service. Democrats will never follow through with this without demanding some other policy that will effectively negate the economic growth from good tax and trade policy. “Oh, yeah. Here are some incentives for you to grow here. And in a couple of years, we will figure out a way to take it from you.” It’s how they roll.

More investments in worker training. Does anyone know what this means? We hear it all the time and for the life of me, I can’t figure out what it means. Which workers? Train them to do what? Where? WTF are they talking about? Companies train their workers because they need them to be productive to make money. The government doesn’t need to “invest” in this and none of it will have an impact on income inequality. You train workers to do the job you’re paying them to do. You don’t hire someone at $x / hour and then give them a raise after you train them. You hire them at $x / hour and you train them to do the job that pays $x / hour. If they excel, you promote them and give them more money. What does the government have to do with any of this?

So you see, it’s all a canard. “Income inequality is the defining issue of our time,” Obama said today. No it isn’t, but even if it were, they’re not proposing anything to actually address it. They just really need you to think they are so that you forget how badly they’ve governed over the last few years. They just want to raise the minimum wage.