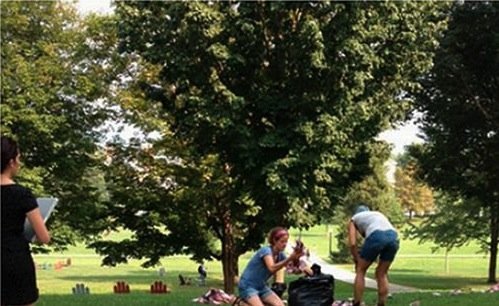 You may recall the story about the leftist protesters at Vermont’s uber-liberal Middlebury College who desecrated an annual  9/11 remembrance by removing 2,977 small American flags from a campus common area and throwing them into the trash.

On Sept. 24, the College convened the Middlebury Community Judicial Board to consider disciplinary charges brought against the student. The board found the student responsible for violating the following College policies: General Conduct Standards, Respect for Persons, and Respect for Property. It imposed a sanction of a one-year suspension, which was upheld on appeal on Oct. 9.