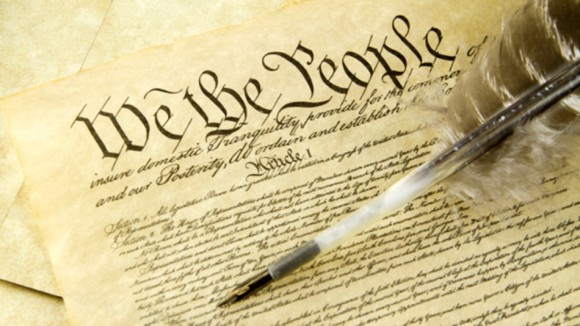 A few months ago, Circuit Judge Claud Neilson jailed Robert Shuler under a contempt charge for refusing to comply with orders to remove an inflammatory blog post on his website.

Shuler, 57, is an ultra-liberal blogger from Alabama and has been incarcerated since October after he refused to comply with a judge’s orders to remove blog posts regarding the son of ex-Republican governor Bob Riley. The posts claimed that Riley’s son had an affair with a lobbyist that resulted in her getting pregnant and that he then paid for her subsequent abortion.

Shuler’s wife has continued updating the blog since her husband was arrested, and she wrote the following in a post dated January 7th, 2014:

“Shuler has been housed in the Shelby County Jail since Oct. 23 based on a lawsuit by Republican political figure Rob Riley who seeks to have posts removed about his extramarital affair with lobbyist Liberty Duke. Law dating some 230 years to the early days of the country say that such prior restraint on publication is unlawful, but Shuler has been held in civil contempt for failing to remove the items even though there’s been no discovery in the case and no final judgment that the material is false and defamatory. Shuler has spent his birthday, Thanksgiving and Christmas in jail and has been now incarcerated for more than two months.”

Now I know I am not alone in disliking the content of Shuler’s blog. The New York Times article about the case was less than complimentary towards him, other bloggers have been critical of him, and there is even an entire site dedicated to “exposing his lies” that has celebrated Shuler’s arrest and detainment.

So does this mean Shuler should be in jail over his writing?

There are many things to consider before answering this question.

First, many of Shuler’s posts most definitely toe the line between free speech and libel — and given his extensive interest in politics, there’s no doubt that the troubled blogger is well-aware of this fact.

Secondly, he failed to attend a hearing in court regarding the plaintiff’s injunction against him. According to Al Jazeera,

“[A] circuit court judge issued an injunction ordering the Shulers to delete previously published material about Riley and Duke. The injunction also forbids new writing on the subject and seals the court record. Following the injunction, however, Shuler continued his coverage, and in response, Riley filed an order calling for the Shulers to appear in court or face arrest.”

Shuler refused to remove the blog posts and was held in contempt for doing so. When Sheriff’s deputies went to arrest Mr. Shuler, there was an incident and Shuler was then charged with resisting arrest.

The New York Times also interviewed former federal prosecutor Ken White in their profile of the Shuler case, and he summed it up perfectly:

“Idiocy is not a zero-sum game,” Mr. White said. “I think you can say that what the court is doing is unconstitutional and troublesome and also that Shuler is his own worst enemy.”

Roger Shuler is not a good guy, in my opinion. The circles in which he travels and the methods he employs lead me to suspect that the things he writes are often false. That does not justify treating him in a manner at odds with the Constitution.

To put it even more simply: detaining someone for months over some blog posts is nothing short of absurd.

Shuler’s case should alarm anyone, no matter their party affiliation or thoughts on the man himself. This entire situation casts a shadow upon our justice system and shows a complete disregard for our basic civil rights.