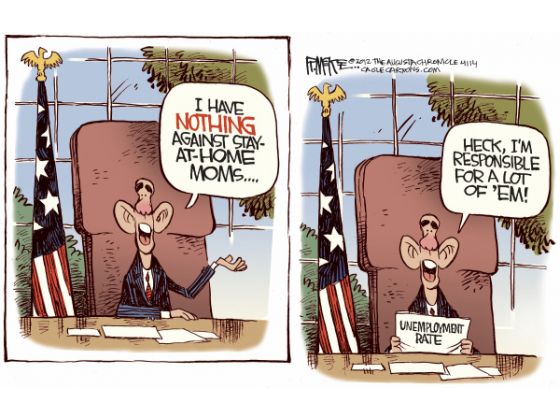 Tell me again about that GOP war on women.  Let’s have a flashback moment.  April, 2012, noted Economics Scholar and frequenter of Walmart, Matthew Yglesias:

… since the recession started more than a year before Obama’s inauguration, male job losses were close to bottoming out by the time Obama took office and he’s presided over a lot of rebound growth in male employment. Women, by contrast, have been devastated by cascading waves of teacher layoffs.

Not only have these layoffs primarily been implemented at the behest of Republican Party governors and state legislators, but the Obama administration twice—once in the Spring of 2010 and a second time in the fall of 2012—pushed hard for legislation to prevent layoffs of teachers. These efforts were roundly denounced by conservatives as wasteful and costly “bailouts” and so they didn’t happen.

The number of employed women 16 and over declined by 20,000 from November to December, according to data released today by the Bureau of Labor Statistics.

55 Million women unemployed.  A Republican hasn’t been in the Oval Office in 5 years, but it’s still their fault… obviously.  It truly is an amazing thing, the mind of the liberal journalist.