“I have a dream that my four little children will one day live in a nation where they will not be judged by the color of their skin, but by the content of their character.”

On the eve of the day our nation has set aside to honor the legacy of Dr. King, one of the greatest civil rights leaders known to man, Bloomberg News reports that The New Yorker featured an article, in which President Obama lays his skin color — as opposed to years of opaque process and failed policies — at the altar of his declining political ratings.

Two notable quotes from the article are at the core of this post:

“There’s no doubt that there’s some folks who just really dislike me because they don’t like the idea of a black President.”

“Now, the flip side of it is there are some black folks and maybe some white folks who really like me and give me the benefit of the doubt precisely because I’m a black President.”

Forbes reports, in a breakdown of the President’s ratings, one significant piece of data that flies in the face of the assertion that the plunge in approval is race-based. No matter what this President does, his personal approval rating (you know, the one that would most quickly lose ground over racial bias) barely drops. He can campaign ad nauseum on the blatantly false promise that healthcare reform would not cause anyone to lose a policy or a doctor — and still be “likable.” In short, he can (at best) fib repeatedly for political expediency, and not be liked any less by the majority of people surveyed.

This President has been given unprecedented latitude by the majority of the White House press and most major news outlets. And by “latitude” I mean a press corps who has, at times, donned full cheerleading uniforms and wielded pom-poms rather than pens, pads, and any reasonable measure of scrutiny.

He’s correct when he says that, in the case of some, he’s been given the benefit of the doubt because of his race.

This President will deign to acknowledge that his administration took what should have remained a political slogan and made it a policy fallacy, lulling millions into a false sense of security regarding their healthcare options. Yet he still refuses to accept responsibility for the chaos thrust upon millions of families and small businesses as a result of passing a shell of a piece of legislation — only to find out what was in it mere days before we were all stuck with it.

What is at the heart of the President’s approval ratings — which are sliding as if they’re going over the iced Falls at Niagara — is the prevalent attitude that this administration is above accepting responsibility for five years of fully matured, and woefully ineffective, policies.

The economy, still not on a healthy trajectory, is being reported as “improving” in spite of a record number of Americans of all races out of work. And more telling are the record numbers of people who are dropping out of the work force. American workers, for whom all this promised change has only resulted in a loss of hope for economic independence. 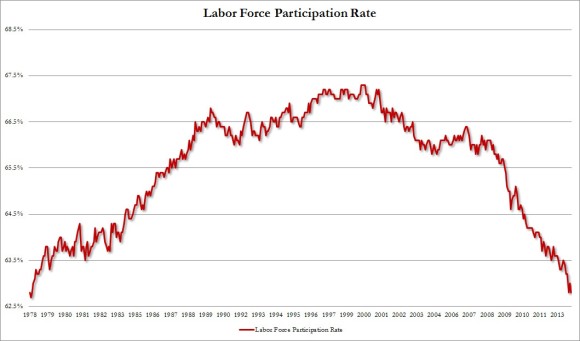 Congress passed an unprecedented stimulus package based on the vast number of “shovel ready” projects that would spur economic growth. When time revealed the truth — that the only thing ready to be shoveled was the campaign-styled crap on which the stimulus package was sold — there was no accepting responsibility for the waste. It was merely acknowledged in passing humor.

This administration has lost ground in approval, not because of the President’s skin color. Because, if we’re truthful, there are groups who are displeased that he is biracial, as there are groups of whites who are so deeply flawed that they base their evaluation of him strictly on skin color. I’m honest enough to admit that there are still fringe groups who will hold the heinous bias of race. And it sickens me.

Racial differences are often difficult to talk about, but we have to have the courage to not allow it to be used as a smokescreen for the realization that the President is not an all-powerful Oz. His policies, and the ideology on which they are based, are responsible for the decline in political popularity.

What lies in restoring the heart, courage, and brains of this country’s policies does not live in the Oval Office, no matter the race of its occupant. It lies within America’s people.