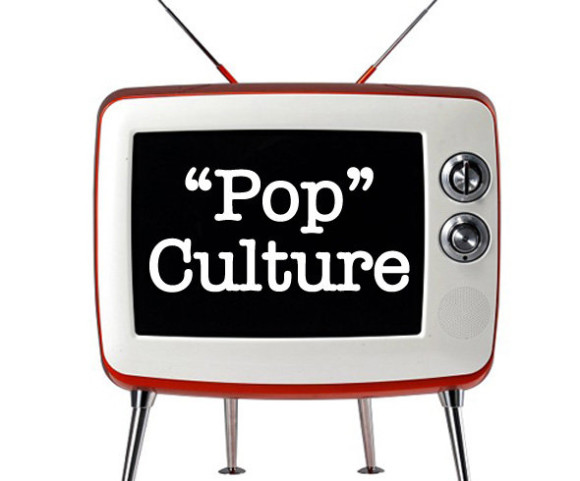 It’s often with some amusement that I watch people interested in politics chastise those refusing to watch awards shows. “If you want to win, you need to watch this!”

What? Last time I checked, watching the MTV Video Music Awards (which is funny in and of itself considering MTV no longer shows music videos) was not part of any path to victory.

People are getting confused about how politicians and people should interact within the realm of popular culture. There is a difference between engagement and immersion.

Engagement is important. For too long, conservatives have shrunk away from doing so and have often held it up as some kind of badge of honor. “I’m not going to waste my time with ______” and old school conservatives would cheer. “We have the best ideas and that’s what works!”

Over the last 20+ years, the lines between politics and entertainment have been blurred (That’s not a homage to you, Robin Thick because you suck). That many people hate this is irrelevant. It has happened. More late night talk shows, 24 hour cable news, social media and the Internet in general have brought about this climate where politicians are having the kind of contact with voters that was unheard of 30-50 years ago.

One of the first examples I can remember was Bill Clinton appearing on the Arsenio Hall show. Who can forget this iconic snapshot in time? 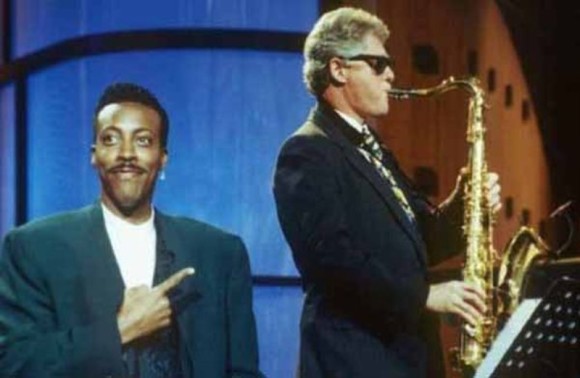 Say what you want about the former President, but he was able to connect with people in a way that others had not. Granted, Bill Clinton seems like a helluva fun guy to hang out with, but he had the personality to make this work at a time when most political consultants would probably run from it. That or they’d go the safe route and appear on the Tonight Show with Johnny Carson.

Politicians have to be cautious however because people can spot a fake a mile away. For example, Marco Rubio was easily able to engage with a TMZ reporter about his musical tastes, with his favorite being hip-hop. He as a true grasp of the music and not just the usual, lame politician “wanting to be cool” awkwardness we are accustomed to. This allowed Rubio to be able to criticize Jay-Z for his trip to Cuba and his love of that dirtbag Che Guevara with some authority and not come off looking like your typical pandering politician. The only one that looked bad was the dolt from ThinkProgress who claimed Rubio hasn’t listened to enough Eminem if he thinks ‘Lose Yourself’ is his best song.

Mitt Romney appeared on the Jimmy Fallon show a couple of weeks ago to ‘slow jam the news’ and it was great:

The only question is: Why did he wait until after the election to do this? It astounds me that we only see this side of so many politicians (particularly Republicans) after they lose.

Conservative politicians all too often, are content to be “safe.” I think they (and their handlers) are so afraid of “looking bad” that they ignore these outlets. Somebody may argue, “Democrats can go on these shows because the hosts are going to go easy on them!”

That may be true, but so what? If conservative politicians are going to wait around until late night entertainers are going to be nice to them, then why bother? Continue going on the Fox News Channel and preaching to the choir.

As for us commoners, we can do our part as well. Dina Fraoli makes a great point in this piece she wrote for The Federalist:

I’ve seen this too often in conservative dislike of sites like BuzzFeed. Too many times conservatives miss that BuzzFeed is a platform, and it’s a platform where popular culture wraps itself around issues. It’s how we speak, read, communicate and understand today; in short bursts and funny lines from beloved tv shows…and yes, in cute animated cat GIFs. They also miss that BuzzFeed’s back-end analytics are top-notch and give their users an ability to really understand audience engagement with their content. Don’t hate the platform, utilize it to your own advantage.

That’s an example of engaging the culture in our own little world and it’s how conservatives can start to make some inroads with people who might not otherwise A. Vote Republican or B. Not be involved in politics it all. It’s not an end game. It’s just a start.

As for awards shows and the like, stop trying to manage what other people are doing. I rarely, if ever watch awards shows. The last time I watched one, was the Grammy Awards a couple of years ago and that’s only because the Foo Fighters were performing (and Adele was awesome). Awards shows are nothing more than a bunch of narcissistic people being narcissistic along with telling each other how wonderful they are. I have no use for such frivolities and tuning out is not going to cause Joe Schmoe down the street to vote for a Democrat.

The “it’s why we lose” argument is one of the worst. Lembas_N_Coffee says the following:

“The culture” means different things to different people. Stop insisting that I have to acknowledge, approve, and promote those things that you deem relevant and important. My disinterest with certain aspects of popular culture are not “why we lose.” Being insincere, lacking in conviction, and disingenuously pandering to segments of society who are, frankly, savvy enough to recognize that you are being fake, is why we lose.”

Politicians should use all available platforms to get their message out. Conservative citizens should as well. Don’t ignore what is popular because it is popular. At the same time, there is no necessity to pretend to like something you don’t just to be appear to “relevant.” It’s phony and people can tell.

So what are you waiting for? Get out there and write a blog post on Buzzfeed complete with animated cat GIF’s!