and with a voice like a waterfall of honey….Zoey (The Greatest): 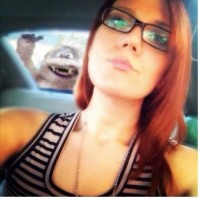 1. Mozilla / Brendan Eich – Should the fight be with Mozilla or should we discuss the more broad subject of disclosure laws and the left’s creeping fascism.

3. Funny – Hillary acting like she might not run in 2016 and behaving as if she’s not some kind of DC insider.

4. There’s a Rob Ford video game and it involves crack.