Wow, thanks for the introduction, Jerry! When Jay asked me to do the Pocket Full of Liberty Awards, I couldn’t imagine knowing enough references to relate to the week’s events; and then I remembered I’ve seen every episode of Seinfeld more than once per year I’ve been on this planet If I can make a Seinfeld reference for every situation I’ve ever been in, why not the news? Well, giddy up… 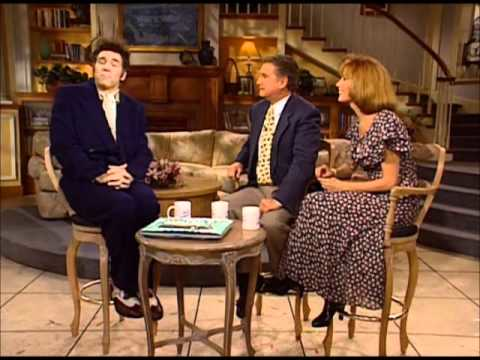 The episode “The Cigar Store Indian,” is when we first learn Kramer has come up with a coffee table book about coffee tables (which becomes a coffee table!). Pendant Publishing moves forward with plans to publish it in “The Fire,” when Kramer’s then-girlfriend, Toby, decided it was “great, really really great.”

In light of news that Dennis Rodman is to write a book with his “friend” and dictator Kim Jung-un, a coffee table book about coffee tables seems like a fantastic idea. Here’s to hoping Rodman spits coffee out onto Kathie Lee Gifford (“All over my Kathie Lee Casuals!”) and the whole thing goes down in flames.

The “You mean the panties your mother laid out for you?” Award 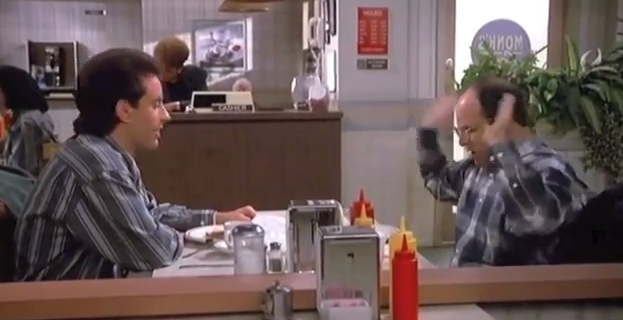 In “The Cheever Letters,” Jerry ends up going out with Elaine’s talkative secretary, Sandra. Over coffee at Monk’s, Jerry reveals to George that he felt he couldn’t keep up with her dirty talking and when she starts to talk about her panties (“We’re gonna need some water here!”), to which Jerry lets slip the cringe-worthy line “You mean the panties your mother laid out for you?”

Equally as unsexy: Miley Cyrus released pictures from the shoot for the cover art of her not-so-highly anticipated album, featuring a naked Cyrus on a wrecking ball and, of course, some shots of her tongue on things. A misguided venture, Miss Montana. You may want to wait to have the body of a woman before trying to sell the sex appeal of one.

The “Everybody’s doing something, we’ll do nothing” Award 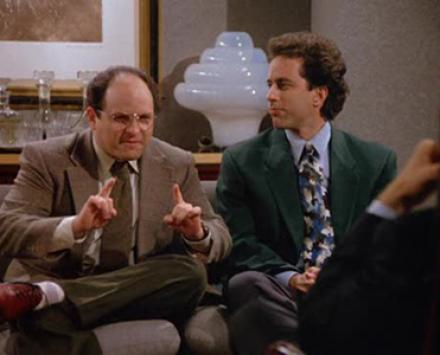 Seinfeld is famous for being “the show about nothing,” as Obama should be famed for being the president who gives speeches about nothing. In a story arch based on Jerry Seinfeld and Larry David’s pitch to NBC, George insists the show is about “nothing” and that “no, no, no, NOTHING happens” to the point that it almost does not get made.

On Tuesday, President Obama delivered a speech regarding Syria that only George Costanza could be behind. “Children died, I can do whatever I want without Congressional approval,” was the gist of it, and we learned absolutely nothing new. At least Seinfeld is well crafted…

The “I don’t wanna be Switzerland!” Award 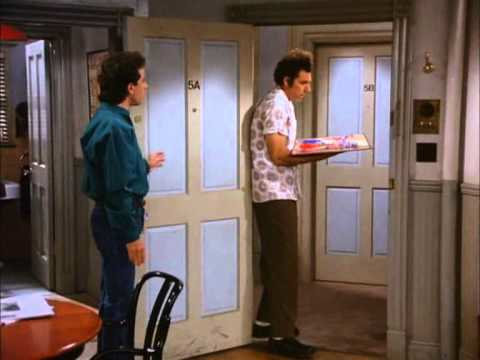 Vladamir Putin had an op-ed published in the New York Times this week (not really, as he does not speak English that well), which, in effect, stated that America is not exceptional and cannot preach moral high ground. It is nearly comical considering how he runs his country, to preach morals to us.

I don’t think he’s exactly Swiss on the matter, as our leaders would hope he would be (handing over Syria’s chemical weapons, and all).

The “The Jerk Store called, and they’re runnin’ outta YOU!” Award 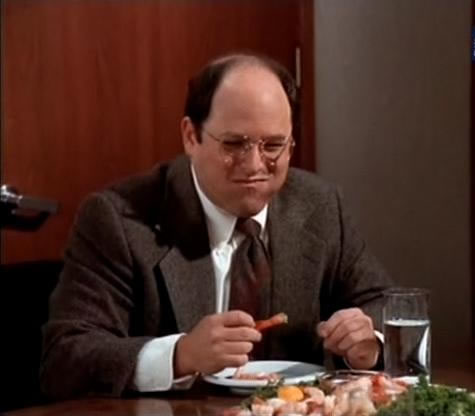 Upon the news that Putin will make sure Assad hands over all of his chemical weapons, Ezra Klein tweeted:

I can't believe the White House's strategy on Syria is working out this well. I doubt they can, either.

There is no witty segue for this one, it merely needed to be said.

Kudos to everyone who was granted an award and I will leave everyone with one of my favorite moments from the show. Have a great weekend, everyone!