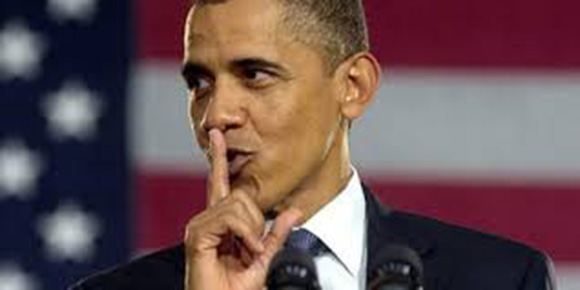 The “most intelligent President EVAH” expects us to believe, yet again, that he has absolutely no clue what’s going on in his administration at any given time:

Aides said that even as a senator, Mr. Obama supported robust surveillance as long as it was legal and appropriate, and that as president he still shares the concerns about overreach he expressed years ago. But they said his views have been shaped to a striking degree by the reality of waking up every day in the White House responsible for heading off the myriad threats he finds in his daily intelligence briefings.

“When you get the package every morning, it puts steel in your spine,” said David Plouffe, the president’s longtime adviser. “There are people out there every day who are plotting. The notion that we would put down a tool that would protect people here in America is hard to fathom.”

At the same time, aides said Mr. Obama was surprised to learn after leaks by Edward J. Snowden, the former National Security Agency contractor, just how far the surveillance had gone. “Things seem to have grown at the N.S.A.,” Mr. Plouffe said, citing specifically the tapping of foreign leaders’ telephones. “I think it was disturbing to most people, and I think he found it disturbing.”

Yet it is hard to express indignation at actions of the government after five years of running it, and some involved in surveillance note that it was Mr. Obama who pushed national security agencies to be aggressive in hunting terrorists. “For some, his outrage does ring a little bit hollow,” said a former counterterrorism official.

Let’s take a trip in the not-so-wayback-machine and see what else Obama claims “not to have known about,” shall we:

1.   Obama found out about “Fast and Furious” through the media.  He’s just like one of us, ya’ll:

JAY CARNEY: “I would only say broadly that the idea behind that thinking suggests that there was some grand plan behind the Fast and Furious program when, in fact, everyone knows the President did not know about this tactic until he heard about it through the media; the Attorney General did not know about it.  The tactic itself was employed by the previous administration in a different operation.  This was a field office tactic that was flawed.  And when the Attorney General learned about it, he took action to ensure that it was no longer used, and he directed the Inspector General at the Department of Justice to investigate.”

2.   Obama and his Clueless Wonder Twin, Joe Biden, had no idea about additional security requests in Benghazi:

3.  Obama knew nothing, NOTHING about IRS targeting conservative groups:

PRESIDENT OBAMA:  Well, let me take the IRS situation first.  I first learned about it from the same news reports that I think most people learned about this.  I think it was on Friday.  And this is pretty straightforward.

As for the AP probe, Carney referred questions to the Justice Department.

Kathleen Sebelius said President Barack Obama didn’t hear that there may be problems with the signup portal for his signature healthcare law until it went live on October 1. That’s when the site nosedived into a technical abyss.

Between “we don’t know” and “nothing to see here,” I wonder what Obama actually does during office hours.  He is either the most blissfully unaware president or a lying liar that lies.  I’m betting on the latter.  After all, it’s no small feat to be awarded PolitiFact Lie of The Year.