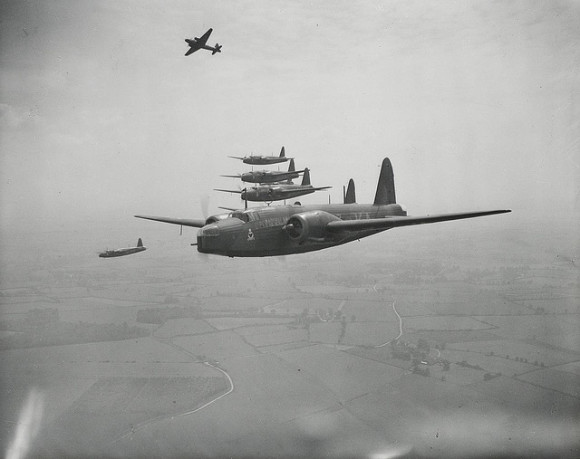 A quick tutorial. According to the text of the Constitution, the President is the Commander in Chief and Congress has the power to declare war. The 1973 War Powers Resolution (aka War Powers Act) came into being due to uncertainty surrounding how much power the executive branch had to send out forces without declaring war.

So the War Powers Act set out to clarify things. The resolution calls for the “collective judgment” of the executive and legislative branches in deploying troops, requiring the President to “consult” with Congress beforehand. Congress has to green-light continued military action. If one part of the law is “invalid” (invalid ipso facto or because it’s inapplicable to the circumstances), the other aspects of the law are not affected.

Senator Obama appeared to support this procedure, stating in a 2007 interview that “the President does not have power under the Constitution to unilaterally authorize a military attack in a situation that does not involve stopping an actual or imminent threat to the nation.” When asked about warrantless surveillance, he also said that the “Supreme Court has never held that the president has such powers” — but that’s besides the point.

President Obama already changed his tune four years later when he claimed he did not need Congressional approval to perpetuate the military’s 2011 campaign in Libya because the “involvement fell short of full-blown hostilities.” Former Representative Dennis Kucinich (D-OH) was so peeved he filed a suit against the administration. Speaker John Boehner expressed concerns as well. The extent of the Commander in Chief’s powers over the armed forces was debated again when intervening in Syria became a real possibility.

And now we come to an ontological problem: what constitutes “full-blown hostilities?” At what level do military campaigns go from being “limited” operations to all-out war? What determines the classifications? The questions go on.

It is the very beginning of 2014 and these issues have cropped up again, this time in McCain/Kaine’s proposed legislation. In what the pair have deemed their version of the War Powers Consultation Act, the President can engage military action for up to a week before both Congressional chambers vote to continue the initiated use of force. Humanitarian and covert missions aren’t included. It calls for the Resolution to have updated language that encompasses more military formations since “some wars are no longer nation-state versus nation-state. Furthermore, the new bill would create a “permanent consultation committee” comprising the Intelligence, Armed Services, Foreign Relations, and Appropriations committees in addition to Congressional leaders.

Given that the legislation was introduced so recently, likely more details will come to light if the proposal gains any traction. McCain and Kaine aren’t just trying to update the 1973 War Powers Resolution — they want to eliminate it and overhaul it completely. McCain asserts that this move is “essential” in getting the executive and legislative branches to cooperate in “defin[ing] a new war powers consultative arrangement that both reflects the nature of conflict in the 21st century and is in line with our Constitution.” The Senator hopes to “restore a better balance” in “national security decision-making” so that it works the way it “should work” (emphasis added).

The available information doesn’t offer enough meat to ascertain what falls under the definition of “military actions” that would jumpstart the one-week deadline. McCain & Kaine’s bill offers many concrete recommendations, but still does not get to the heart of when it’s time for Congress to intervene. Will future “limited operations” — such as what the administration claimed to be doing in Libya in 2011 — come under the umbrella of acting militarily, or does the one-week deadline only go into effect when they spill over into “full-blown hostilities?”

A proposal to toss away the War Powers Act reignites the question of declared vs undeclared war as well — an issue hotly debated between and among conservatives and liberals with respect to the War in Iraq. Interestingly, there was a particular quote from Senator McCain that seemed… familiar:

“The Constitution gives the power to declare war to the Congress, but Congress has not formally declared war since June 1942, even though our nation has been involved in dozens of military actions of one scale or another since that time,” McCain said. “There is reason for this: [t]he nature of war is changing.

If you’re having a moment of deja vu, the following may be the connection. From Former TX Representative Ron Paul in a 2002 column:

One wouldn’t necessarily expect McCain and Paul to agree that Congress hasn’t declared war since World War II. But there it is — a moment of agreement between the maligned old guard and the constant outlier. McCain deserves credit for bringing attention to this issue surrounding separation of powers, even though he’s notoriously hawkish on foreign interventions.

The introduction of this bill belies the question of whether this represents shifting attitudes towards the manner in which the US conducts military interventions. The extremely unpopular move towards going into Syria likely contributed to this renewed interest in the War Powers Act. Now the jury is out on what happens next.

Is this bill just another piece of proposed legislation doomed to failure or is a serious conversation about executive powers about to occur?