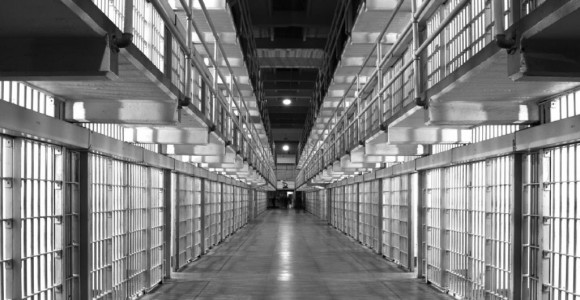 In the increasingly polarized political scene, it’s difficult to conceive of any cooperation between members of Congress, on any subject. We’ve seen fights over debt limits, entitlements, or whether criticizing the President is racist. We’ve seen disputes over whether and how to apportion blame for the ongoing economic doldrums. They do seem able to agree that they should be fleecing the taxpayer, but fall to argument at the point of divvying up the spoils.

That’s why it was encouraging to read of a bipartisan effort in Congress to address minimum sentencing laws.

There’s been little discussion and less progress on prisons and sentencing in recent years. Those who value liberty should give the issue more thought, because in the land of the free we have a higher number of prisoners than the populations of Wyoming, Vermont, and North Dakota combined. Wonkbook compiled the following facts on the issue:

Separate bills have been sponsored by Senators Rand Paul (R-KY) and Pat Leahy (D-VT), by Mike Lee (R-UT) and Dick Durbin (D-IL), as well as in the House by Republican Raul Labrador of Idaho and Democrat Bobby Scott (who happens to be my very own Congressman here in Virginia).

These bills aim to provide judges with more leeway in sentencing, especially for non-violent offenders. They also have the support of Attorney General Eric Holder. Whatever you may think of Mr. Holder,  the fact is that any reform of the sentencing laws would benefit from his cooperation.

And society would benefit from a reconsideration of these laws. Aside from the budgetary concerns and relief for the backlogged courts, there is the human element.

Consider the example of a young man who, because of the similarly unworkable marijuana laws in this country, finds himself before a judge one too many times. He’s never committed a violent crime, but he’ll be sent to prison to share bunk space with men who have. The violent men, the ones who belong in prison, have little else to do but exercise and exert dominance over new fish like our young subject. In this environment he will either be victimized, or he will adapt to his surroundings. When he leaves prison, he will not be the same man. It’s doubtful he will learn a trade, and he will be stigmatized when looking for work anyway. If he had a family, he is yet another absent father in a world that needs far fewer of those. He is less a credit to society, and more a threat to it.

The chances he’ll go back to prison in his life are better than good.

The inescapable fact is that our prisons are overcrowded, underfunded, and prone to violence – including, despicably, sexual violence. That we tolerate this system, shrug our shoulders at it and continue to throw young men (disproportionately black men, by the way) into a meat grinder like the modern prison system is a moral poverty.

The only country that gives us a run for our money in terms of per capita imprisonment is China – and while they may only rate below us by virtue of extrajudicial punishment and executions, they are also a totalitarian quasi-Communist regime. Not someone we want as our closest comparison.

Here’s hoping that this rare instance of cooperation among the crooks in Washington will lead to a commonsense and practical reform of sentencing laws, before more lives are needlessly ruined.