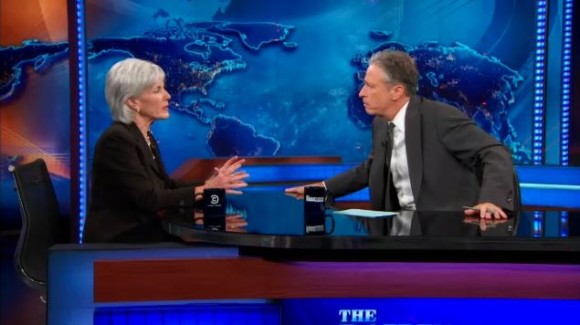 Sadly, because our media are basically a bunch of tools, it requires a comedian to provide the harshest (yet fair) assessment of the train wreck that is Obamacare. Two weeks ago, Jon Stewart offered a very tough interview of Kathleen Sebelius (who probably thought it would be a cakewalk).

Last night, Stewart lit into the President, his administration and the rollout of healthcare.gov and Obamacare in general. I hope Republicans are paying attention because this is how they’ll win the battle with the public, not Congressional hearings.

I’m not saying hearings should be off the table. But leave that for the process battle.

The political battle has to be fought differently.