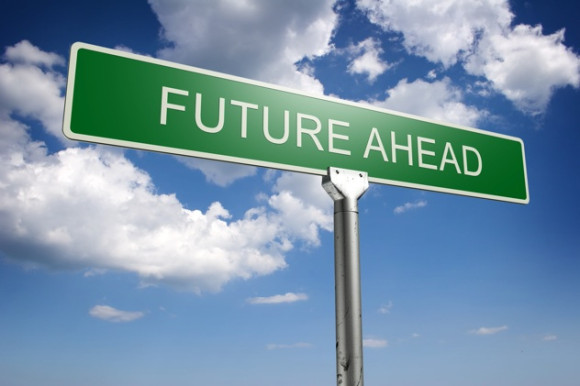 In the aftermath of yet another consequential (though not fatal) defeat for conservatives generally and Obamacare opponents specifically, a fault line has been exposed in movement conservatism. Broadly speaking, the split is between two camps with differing ideas about how to stop or repeal the president’s signature domestic policy achievement — a policy that remains hobbled by a disastrous enrollment mechanism (with no word on extending deadlines for when penalties kick in) and is beset by the (totally surprising!) reality that it raises costs of health insurance for a great many people.

The more moderate wing of the party would seem to favor a delay or to wage an ongoing campaign to shift the public’s opinion as Obamacare fails and makes life harder for Americans — leading to an electoral advantage and the legislative ability to repeal/replace. The grassroots, more explicitly conservative wing would prefer that the law never go into effect and that people be spared from suffering compliance with it.

The “defund” effort resulted in an unpopular government shutdown and the realization that Republicans had no leverage to actually defund the law. As David Freddoso writes, those who continue to promote the idea that we could have stopped Obamacare if only we were willing to keep the government shut down are fooling themselves.

While I believe we were right to voice strong opposition and to make this difficult for the Democrats, defunding was ultimately a dead-end strategy. The sooner we grapple with that, the sooner we can get back to fighting this terrible law instead of fighting one another.

Because of course that’s what we immediately started doing after this defeat. Smug moderates, besieged grassroots, contrarians, all sniping at one another. Sometimes more than sniping — for whatever reason Twitter seems to encourage highly-personal, public bickering between people who might better have been served to keep things private.

But the larger question is what the internecine bickering over the defund effort means for conservatism. Reputations have been damaged, relationships have been strained, and enthusiasm is suppressed.  Meanwhile, Democrats sit back contented and chortle like Jabba the Hutt ogling a fresh-faced Twi’lek stripper with perky head-tentacles. Quoting Freddoso:

“This is not how a movement grows or achieves its goals, and the least conservatives can do is stop seeing enemies where none exist.”

I’ve written on the perception that conservatives have a negative agenda, when the reality is that ours is a positive ideology. Senator Mike Lee’s speech from April is worth revisiting in the wake of this setback:

In Washington, we debate public policy so persistently that we can lose sight of the fact that policies are means, not ends.

What we’re really for is the kind of society those policies would allow the American people to create, together.

So where do conservatives go from here? What should we work toward in 2014?

Articulate a vision. Why the hell do we bother? Because we believe, down to our toes, that we offer a better vision for the American people. Liberty, family, enterprise, mutual respect, strength — the things that make a good life. But who among us articulates that vision? Oh, the odd pundit sometimes gets on a good tear about this or that value. Every so often a politician will claim the mantle of Reagan and prove wholly inadequate to the task. With so many different and competing voices it is difficult to articulate any sort of compelling vision that isn’t immediately undercut by someone politely (or perhaps strongly) differing. Absent an ability to define ourselves, we are defined by others. We need to focus on areas of agreement and put forward a coherent idea of what it means to be conservative and how our vision can enrich people’s lives.

No more rabbit holes. There is no shortage of appalling threats to liberty under this administration. There is no lack of deplorable incompetence, disregard for fact, or personal pettiness from this hapless bunch of progressive dorks. There is also no appetite for endless discussion of this among the American people. Time and again, the wider culture has proven indifferent to the bugaboos that animate various sections of the right. Hit the opposition hard when you can, but if they prove impervious to your assault then don’t keep trying to make the same charges stick.

Case in point: Benghazi was a terrible failure on the part of the Obama administration and the State Department. I certainly think it should be mentioned when Hillary runs for President. But it is not an issue that moves people. Endlessly harping on it only serves to dissipate the effect and ties a very real criticism of this administration to an obsessive paranoid style that repels rather than attracts. Add to this list: Fast & Furious, birth certificates, voter intimidation, and all discussion of media bias. None of that will move the needle, because people care about the issues that affect their actual lives and not just their sense of political justice.

As conservatives, we have to stop chasing an illusory victory down some bolt hole. We always just end up alone, in the dark, buried alive.

We have to move forward into 2014 without the baggage of the last few years. We’ve been rocked back on our heels by a couple of lucky punches. Let’s clear our heads, assess where we stand, and begin the hard work of selling ourselves anew.