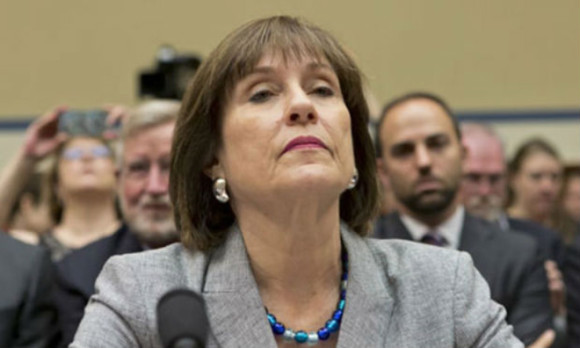 Republicans in Congress have been licking  their chops for nine months at the prospect of grilling embattled former IRS official Lois Lerner a second time, and they’ll get their chance two weeks from  now.

Rep. Darrell Issa, who chairs the House  Committee on Oversight and Government Reform, has called Lerner back for a  second hearing about a program that saw the IRS targeting tea party  organizations and other right-leaning groups with intrusive questions and  years-long delays when they applied for nonprofit tax-exempt status beginning in  2009.

Lerner appeared in a committee hearing in May 2013 but refused to answer questions, invoking her Fifth Amendment right against self-incrimination.

But because she offered an opening statement  in which she insisted ‘I have not done anything wrong,’ committee members ruled  that she had waived that privilege.

In a letter to Lerner’s lawyer on Tuesday, Issa  set March 5 as the date she will have to answer probing questions about her role  in the scandal – and possibly finger higher-ups who directed her to play  political favorites and hamstring conservative applicants.

Lerner, who retired in September with full  benefits after a brief period of administration leave, is ‘is uniquely  positioned to provide testimony that will help the committee better understand  how and why the IRS targeted these groups,’ Issa wrote.

Stephen Miller admits the targeting was absolutely partisan and a bad idea.  Lois Lerner pleading the fifth.  Yep, there’s not a “smidgen of corruption” at the IRS and it’s totally a phony scandal, or something.