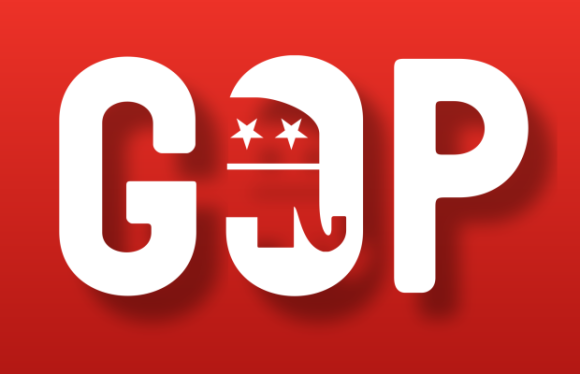 This story from Politico:

Senate Republicans are spoiling for a fight this primary season as they try to take back control of the party from conservative activists.

The strategy: prop up the most electable candidates — even if they are more moderate than ones demanded by tea party activists — and punish those who get in their way.

After witnessing the business community help save the candidacy of Bradley Byrne, an establishment-backed candidate in a GOP runoff Tuesday for a House seat in Alabama, Republican senators are calling for the same type of support from well-funded GOP groups in Senate primaries next year.
“If you have an unlevel playing field, then you get predictable results,” Sen. Lindsey Graham (R-S.C.), who faces a primary challenge next year, said Wednesday. “The people who want to support a more traditional, Ronald Reagan-like Republican also need to get in the game.”

The photo they ran with was this: 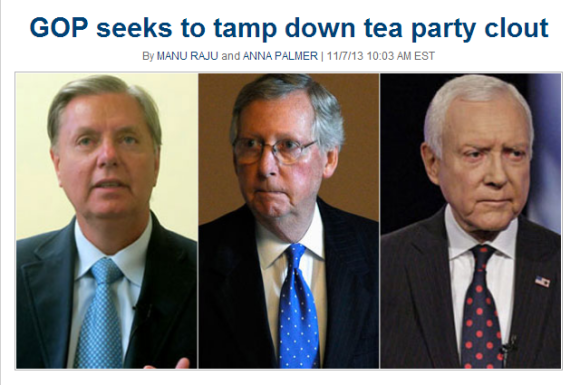 Now tell me. Does that give you confidence for the future of the Republican Party? 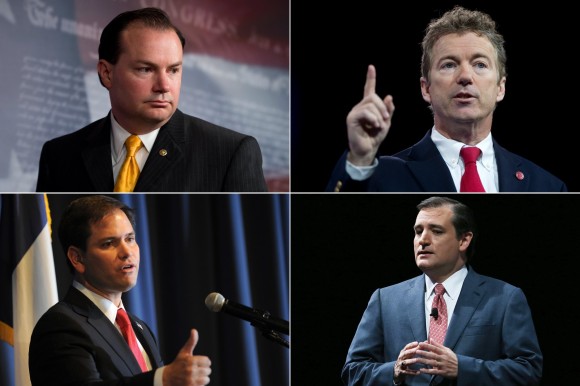 Think about it for a moment. If Graham, McConnell and Hatch had their way, Mike Lee, Rand Paul, Marco Rubio and Rand Paul would not be in office….these four would: 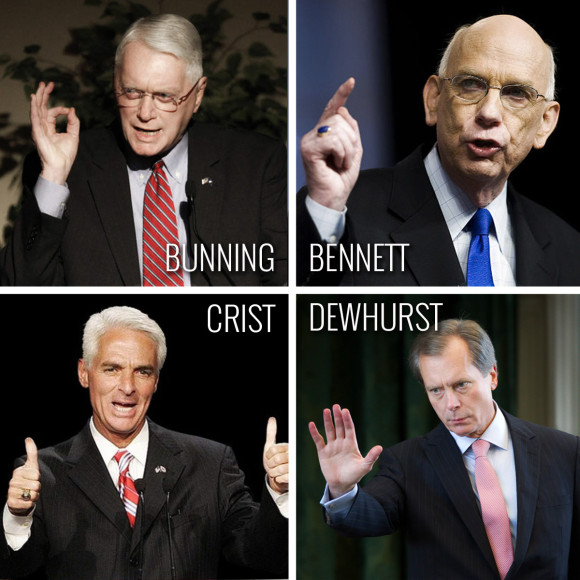