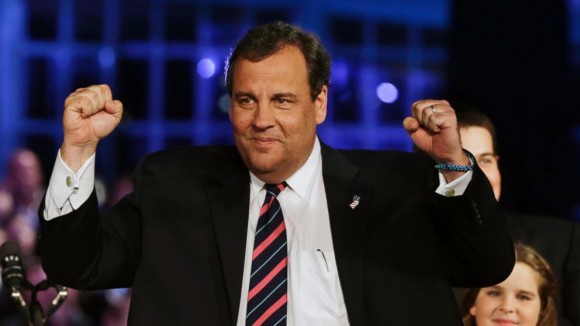 Can we please hold off on the Chris Christie for President coronation for right now?

Sure go ahead and pick your favorite. But let’s stop pretending that everything is static and not fluid.

Look how the debate in Washington DC has changed in just two short weeks.

Two weeks ago, Democrats were reveling in the government shutdown, thinking it was going to provide them with means necessary to take over Congress completely in 2014.

Now, Democrats are scrambling, looking for any way they can to get out from underneath the Obamacare behemoth that is suddenly threatening Democratic control of the Senate.

A year ago, President Obama was basking in his re-election and talking about all of the wonderful things he was going to do in his second term.

He’s now floundering, doing “apology” interviews with Chuck Todd and looking at job approval numbers that are starting to dip into the 30′s.

In 1994, Bill Weld ran for re-election as Governor of Massachusetts. The Republican grabbed an astonishing 71% of the vote. Seventy one percent. In Massachusetts. Yet, just two years later, he lost to John Kerry in a Senate race by a margin 8 points (53-45).

That’s how quickly the political landscape can change.

So to suggest Chris Christie is the heir apparent for the GOP Presidential nomination is just crazy talk at this point. The same goes for Scott Walker, Ted Cruz, Rand Paul, Susanna Martinez, etc.

Want more proof? Let’s take a trip back to July of 1991, just under a year before the Democratic Party would nominate their Presidential candidate for the 1992 election. When polling was done, who was in first?

There were some others in the mix and then way down at the bottom was little knownArkansas Governor Bill Clinton with 3%.

In the summer of 2007, Rudy Giuliani, Fred Thompson and Mitt Romney were all ahead of John McCain in the polls.

The people who prefer somebody else to Chris Christie (including those who are calling him a RINO – which is absurd) are freaking out, acting as if he has the nomination sewn up. In addition, the rabid Chris Christie fans are in full douche mode already, attempting to tell everybody else with a shot in 2016 to take a seat.

We’ve seen what can happen in politics in the span of a few weeks.

Two years is nearly an eternity.

Let’s focus on 2014 first and see what happens.