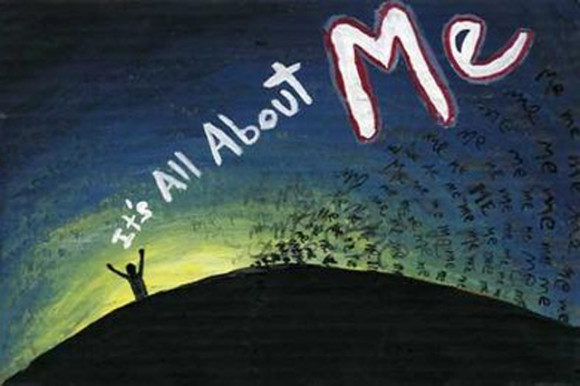 Social criticisms are in no short supply. Numerous trends are offered up as examples of the negative (or positive, as the case may be) turn our culture is taking. There are a handful of movements, however, that simultaneously embody a number of creeping societal ills. One of them is Thin Privilege.

A sympathetic contributor on Urban Dictionary described the movement like this: “The state of receiving unearned social status, notoriety, workplace and academic merit, attention from prospective dating partners, media attention, and other perks from being perceived as ‘thin.’ Can also encompass greater access to healthcare, likelihood of attaining gainful employ, association with positive traits like being a good parent, person, or lover, [and] accommodation in public and private transportation… — by virtue of being ‘thin.’”

Primarily composed of overweight white women (though no respecter of persons) who confabulate vulgarly on Tumblr, Thin Privilege is a movement in which those who accept the theory work towards a society in which weight does not matter — where the obese are not treated differently by individuals or the system, consciously or subconsciously. (I will edit quoted material for language.)

Now I certainly have no interest in telling people what their weight or their lifestyle should be. I don’t know. I do believe that we are a little too quick to call a large person unhealthy. We overemphasize and objectify body type and we are too obsessed with model-like thinness – to the danger of many a young lady’s health, I might add. Additionally, bullying someone for their weight is a terrible thing to do and something that should be wrung out of us.

About a third of websites devoted to the Thin Privilege cause consist of legitimate concerns with bullying and our image-obsessed culture. Unfortunately – and this is one of the downfalls of the movement – the ridiculous constructivistic rants distract and delegitimize actual grievances in the eyes of critical readers.

This is just one of the problems with Thin Privilege. In addition, there are a number of ways it gives us insight into some recent disturbing trends in American society. I will consider four of them here: (1) entitlement mentality and victimization, (2) narcissism in social media, (3) the evolving conception of beauty in our culture, and (4) “fat politics” (their words, not mine) that contribute to big government by the “need” for representation of every “minority” against oppression.

Thin Privilege Tumblr posts are made up, more than anything else, of posts naming those various “privileges” that thin people receive that the overweight members of the movement feel entitled to receive as well. This includes everything from not having people give a second thought about sweets-oriented diets, to doctors not assuming that health problems are weight-related, to having clothes (or even skis) come in their size. This list from Everyday Feminism is typical.

Not only, so the activists say, should doctors not assume diabetes or heart problems are at the base of health issues that obese people have, but they should elevate the feelings of the patient above the traditionally-accepted element of their practice to offer important health information and advice. The same concern for respect is not to be reciprocated. A telling moderator response to a question goes like this: “It’s not for you to not offend the doctor, it’s for them to not offend you. Simply say, ‘I prefer not to look at the scale or be told the number.’ If they refuse, then they are being offensive.”

It is often insisted that the Thin Privilege movement touts the importance of autonomy, and “part of autonomy is getting to decide who you are and are not attracted to” and that “the movement does not consist of a bunch of fat people trying to convince people who aren’t attracted to them that they are wrong.” However, this notion is belied by some who complain that the obese do not get to exercise their “preference” in deciding who they date. (“If I turn down a date, I know that there isn’t another offer coming for months or even a year.”)

The contributors to such Tumblrs are legion and the movement is hardly uniform, but neither is it completely coherent.

Though Thin Privilege activists are apparently quite offended by the suggestion that their weight might be unhealthy, this seems only to encompass those who are not obese telling them so. It is well understood within the movement that their size could be dangerous to their health, but it doesn’t matter, as the following quotes from the most popular Tumblr  (This is Thin Privilege) demonstrate:

Even if it is ~*scientifically*~ healthier, and more ~*beneficial*~ to oneself and society, to eat “healthier” foods and get more exercise — THAT DOES NOT MEAN I F—ING HAVE TO.

I do not owe it to anyone to be “healthy.”  By their standards, OR “scientific/medical” standards.  I own my body and if I want to stuff it full of fried foot and sweets, and refuse to exercise, that is MY OWN G—D–N BUSINESS.

In the end, even if I want to eat myself into a coma, it is MY BODY and I have every right to do with it as I please.  Those who proclaim to be concerned about my health may not be outright lying, but they are intruding on my personal rights.  I am the one who decides whether I will attempt to eat “healthy” or not.  I am the one who decides whether or not exercise is in my best interest.

Fat phobia is finding someone else’s personal dietary and exercise habits offensive or dangerous (when they do NOT threaten the safety of the individual or anyone around them.)

The final quote, reminiscent of homophobia, is just one way in which Thin Privilege mimics other movements’ arguments, and in rather absurd ways. Who in the world is scared by fat?

So much for the entitlement and victim mentalities intrinsic in Thin Privilege. This movement also contains elements for us to consider when it comes to social media narcissism, the conception of beauty in our culture, and “fat politics” — all of which I will delve into next week.