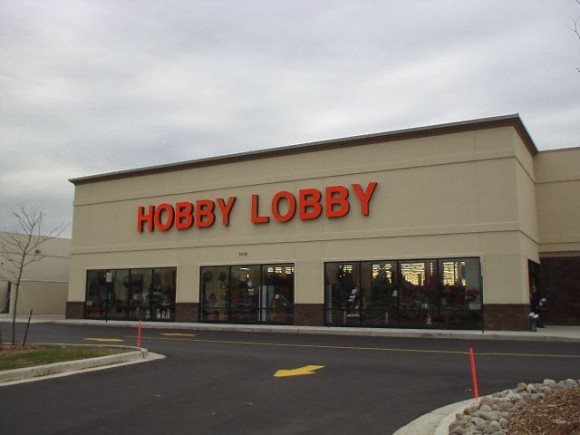 *** A correction has been made. I had inadvertently conflated Plan B with RU-486 and the issue deals with the former not the latter.

Earlier today, Amy pointed out the absurdity of the “war on women” language as it relates to the contraception debate.

The politics of the debate extends to the discussion about the role of government and it’s involvement with mandating that employers not only provide health care coverage (like Amy said, it is not “insurance”) for employees, but also determining what they cover.

Contraception is one of those items.

The mandate had no effect on most companies as nearly 90% provide contraception coverage in the health care packages they offer. Religious institutions and non-profits (such as Catholic hospitals and organizations) balked and after a run  of bad PR, the White House included them in the list of those who were exempt from the mandate.

For profit companies and corporations however, were out of luck.

Then, Hobby Lobby stood up and said, “Hold on a second. We’re not going to offer coverage for the ‘morning after pill’” and the legal battle was on.

At first glance, Hobby Lobby would appear to be one of those companies that leftists would appreciate. For example:

But that’s not important to the left. Adherence to their orthodoxy is all that is important so when Hobby Lobby said they would not provide coverage for Plan B for religious reasons, they shot to the top of the enemies list.

Now, as the Supreme Court has decided to take up their case, the rhetoric from the left is being ratcheted up and as expected, it is completely dishonest.

Many times, this issue is debated on various television programs and the problem is, conservatives are being way too nice to their counterparts who are all too happy to engage in deception. It is time for conservatives to start being blunt during these exchanges and call these people what they are:

They should do this because that is exactly what the left is doing. They are lying about Hobby Lobby. Here are the lies:

Lie Number One: They are lying about Hobby Lobby’s reasons behind the lawsuit. David Cay Johnston writing for Newsweek, says, “Do corporations have religious rights? And if profit-making corporations enjoy religious rights, do those rights trump the legal rights of employees?”

However, there is nothing in the Hobby Lobby suit that has them suggesting companies should be afforded religious rights. The lawsuit is based on this question: “Can the government strip individuals of their religious liberties simply because they own a controlling interest in a corporation?”

This is a silly argument. Simply move it outside of the workplace. If the person in question was not employed, who then would be “dictating her personal health choices” if she didn’t have health care coverage for Plan B.”

Lie Number Three: It’s similar to Lie Number Two but instead of lying about dictating health choices, the lie in this case is Hobby Lobby is seeking to “Deny women access to birth control.” Here is an example. Granted, the people at Jezebel aren’t all that bright, but what they’re arguing is pretty much the same thing being told on television by the likes of Sandra Fluke.

When called out on this lie, the provocateurs shift gears and start yapping about birth control being cost prohibitive and therefore without the coverage an employer is “effectively” denying a woman “access” to birth control. This line of reasoning still makes little sense. It would be like me claiming my employer is denying my “access” to a new car with $500 monthly payments because they failed to raise my salary by $6000.

The left has been pretty effective in telling these lies. The reason being is conservatives have been hesitant to fight back the way they should. When somebody says, “They want to deny birth control to women” the response should not be, “Oh that’s not what we want to do. Here is our position…..”

The response should be, “That is a flat out lie.” or “You’re lying.”

Then go on to explain why.

The left is not going to play nice on this issue. They’re lying about it and it’s time to call them out.