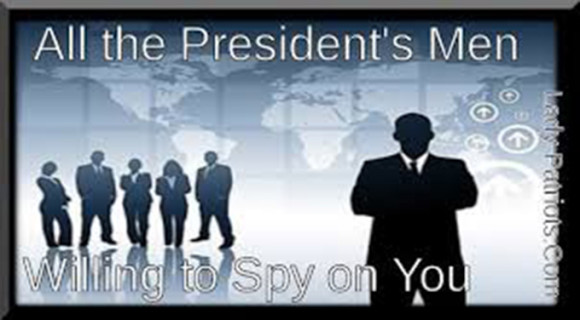 I wonder how much of this data will be shared with the IRS?

It was also learned at a Congressional hearing Tuesday that CFPB officials are working with the Federal Housing Finance Administration on a second data-mining effort, this one focused on the 53 million residential mortgages taken out by Americans since 1998.

The mortgage information is being compiled in a database that can be “reversed engineered” by hackers seeking information for identify theft, according to an expert cited during the hearing.

The revelations came in a hearing of the House Financial Services Committee, during which CFPB Director Richard Cordray was repeatedly pressed about federal officials rummaging around in the private financial affairs of millions of Americans.

“Can you, Mr. Cordray, personally guarantee that the consumer information is 100 percent secure?” asked Rep. Spencer Bachus, R-Ala., chairman emeritus of the committee.

Cordray said he could not, but added that the bureau “attempt[s] to safeguard any information we have about the American public.”

Later in the hearing, Bachus remarked that CFPB “and NSA are in a contest of who can collect the most information.”

“I fundamentally disagree with that characterization,” Cordray shot back.

Congress’ powers to oversee the CFPB are limited. The federal Dodd-Frank Act that created the bureau requires that the Senate confirm its directors, such as Cordray, and that the director testify before Congress twice a year, but Congress’ authority stops there. The bureau is part of the Federal Reserve, for which Congress similarly confirms top officers but has no direct oversight. Cordray’s nomination to the CFPB director’s post was confirmed by the Senate last year.

According to Steven Antonakes, the bureau’s deputy director, CFPB’s program mines credit card accounts maintained by 18 of the largest card issuers in the United States.

CFPB has signed a four-year, $2.9 million contract with Argus Information and Advisory Services to obtain credit card data from nine of the issuers, according to documents made available by the committee.

The contract is to end March 2017, according to USAspending.gov, a government database that tracks federal spending.

A memorandum of understanding signed with the Office of the Comptroller of the Currency permits Argus to obtain data from nine other credit card issuers.

The Argus contract specifies that the company must collect 96 “data points” from each of the participating card issuers for each credit card account on a monthly basis.

I’m sure heads will ROLL over the latest Orwellian revelation coming out about Obama’s penchant for spying on Americans…. Then again, he hasn’t fired anyone over a scandal in 5 years.