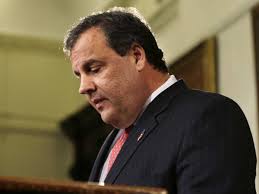 If wouldn’t be Friday without a document dump…

The New Jersey State Assembly is set to release 907 documents that have been subpoenaed by investigators.

After a nearly two-hour press conference Thursday during which Christie was extremely apologetic, the governor went to Fort Lee to offer his apology to Mayor Mark Sokolich and the people there for the politically-motivated gridlock last September.

“I am embarrassed and humiliated by the conduct of some of the people on my team,” Christie said.”

Six New Jersey residents have filed a federal lawsuit against Gov. Chris Christie, the state of New Jersey, the Port Authority of New York and New Jersey, and others over traffic jams in September.

The suit filed in federal court Thursday appears to be the first civil claim over traffic jams that appear to have been caused as political punishment for the Fort Lee mayor.

The plaintiffs want it certified as a class action.

Lawyer Rosemarie Arnold says she filed it after learning this week that lane closures on an approach to the George Washington Bridge were “deliberate actions.” She says that her clients were late for work and that one suffered a panic attack.

In the 24 hours since BridgeGate broke, we know more about what Chris Christie and his staff were doing the day of the GWB lane closures, than what Obama was doing while our Embassy was attacked in Benghazi.  But, you know, “the most transparent Administration in history,” or something.