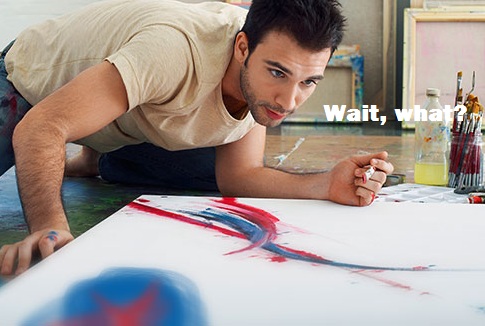 We’ve reached a point where, to any objective observer, it is clear that nearly every point made by Democrats to sell ObamaCare pre- and post-passage (and pre-implementation) was either a blatant lie or wishful thinking by people who had no idea what the law was going to do. The law is not affordable on a macro or micro level. No one was ever going to be able to keep their plan if they liked it, and there’s no way it is going to “bend the cost curve.”

Now we can add one of the more touchy-feely selling points made by Democrats. Courtesy of Nancy Pelosi:

House Minority Leader Nancy Pelosi (D-Calif.) said Thursday that Obamacare facilitates the type of “liberation” that the “Founders had in mind” because it allows you to quit your job and become a “photographer,”  a “writer,” a “musician”–or “whatever.”

“As you hear from these stories, this is a liberation,” Pelosi said at a Capitol Hill news conference Thursday.

“This is what our founders had in mind–ever expanding opportunity for people.

“You want to be a photographer or a writer or a musician, whatever —  an artist, you want to be self-employed, if you want to start a business, you want to change jobs, you no longer are prohibited from doing that because you can’t have access to health care, especially because you do not want to put your family at risk,” she said.

She made these statements in 2012 in “celebration” of the anniversary of the passage of ObamaCare. You know, before people actually felt the effects of the law. She did the same thing in 2010, shortly after the law passed:

“We see it as an entrepreneurial bill,” she said at the time.  “A bill that says to someone, if you want to be creative and be a musician or whatever, you can leave your work, focus on your talent, your skill, your passion, your aspirations because you will have health care. You won’t have to be job locked.”

Right. An entrepreneurial bill. This is particularly egregious considering that entrepreneurs are more likely to have individual insurance. The very type of insurance ObamaCare destroys, on purpose.

Many in New York’s professional and cultural elite have long supported President Obama’s health care plan. But now, to their surprise, thousands of writers, opera singers, music teachers, photographers, doctors, lawyers and others are learning that their health insurance plans are being canceled and they may have to pay more to get comparable coverage, if they can find it.

They are part of an unusual, informal health insurance system that has developed in New York, in which independent practitioners were able to get lower insurance rates through group plans, typically set up by their professional associations or chambers of commerce. That allowed them to avoid the sky-high rates in New York’s individual insurance market, historically among the most expensive in the country.

But under the Affordable Care Act, they will be treated as individuals, responsible for their own insurance policies. For many of them, that is likely to mean they will no longer have access to a wide network of doctors and a range of plans tailored to their needs. And many of them are finding that if they want to keep their premiums from rising, they will have to accept higher deductible and co-pay costs or inferior coverage.

The only consolation here is that most of these people supported ObamaCare and now have to live with their stupid decision. But millions of other people who didn’t want this monstrosity have to deal with it too. That’s sickening.

BONUS COVERAGE: ObamaCare is a tax on the middle class. Another Obama promise broken.

So far, the only ObamaCare promise that has turned out to be true is that 26 year olds can leech off their parents. Yay.