Those who are on twitter often know all to well the phrases “Retweets and Follows are Not Endorsements.” Well, that may be. But one has to wonder why the so-called Republican front-runner, Mr. Donald Trump, is following an account named after a Nazi.

Dr. (Theodor) Morell was Adolf Hitler’s personal physician. Also of note is the fact that this twitter user’s quote is attributed to another Nazi, Heinrich Ehrler.

Fredrich Paulus, the third Nazi reference in this user’s profile, was a Nazi who “repented” and joined the USSR-led group which eventually propped up and became East Germany.

With all of the talk on Twitter over white supremacists supporting “The Donald,” this is certainly intriguing, if not disgusting. 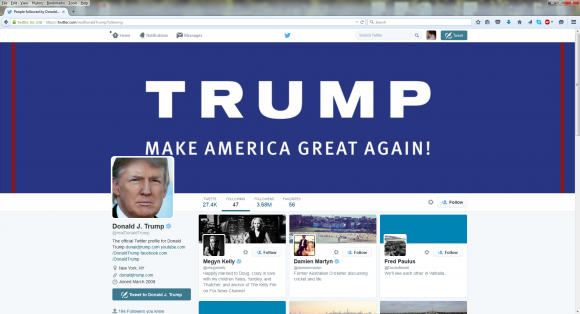 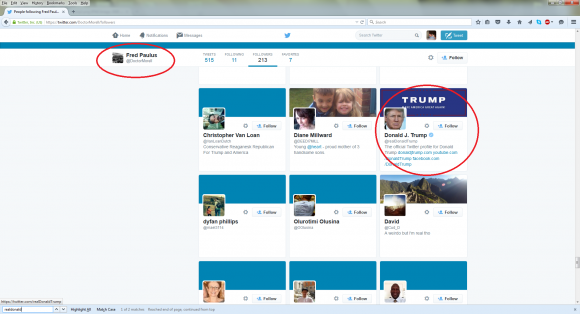