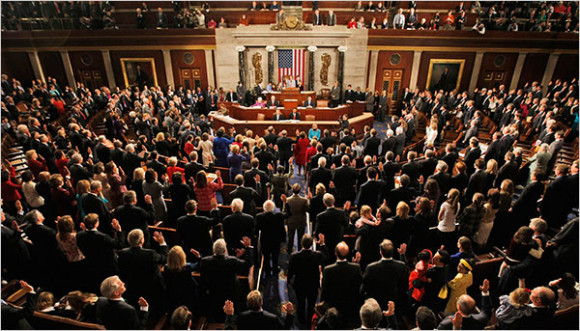 Productivity is usually defined in economic terms as, “the rate at which goods or services are produced especially output per unit of labor.”

In everyday speak it usually just means, “getting stuff done.” Therefore if you have a home project to do and complete it sooner than expected, you could say you were being very productive.

Regardless, the result is usually something tangible: whether it is a physical item or some kind of service.

It’s almost an oxymoron to say “government productivity” especially as it relates to Congress. It’s why these stories bemoaning the amount of laws being passed are so ridiculous:

Congress is on track to beat its own low record of productivity, enacting fewer laws this year than at any point in the past 66 years.

It’s a continuing slide of productivity that began in 2011, after Republicans recaptured the House majority in the 2010 elections, and the ability to find common ground has eluded the two parties while the legislative to-do list piles up.

According to official legislative statistics, 52 laws have been enacted through early November. It is the lowest record of legislative activity since at least 1947, when the data collection began. The lowest prior year was 1995, with a new Republican House, when only 88 laws were enacted.

My response to this: Hooray!

The less laws these jokers are passing, the less they are getting involved in our lives. All one has to do is look at the train wreck that is Obamacare to see the danger. Even when their intentions are good, they still screw things up more than they get things right.

We’re $17 trillion in debt with entitlement programs that cannot be sustained as they are and yet USA Today and other news outlets are chastising Congress for not mucking it more by passing even more laws.

Nonsense. I am thrilled they are passing less laws. Keep the good work, people!