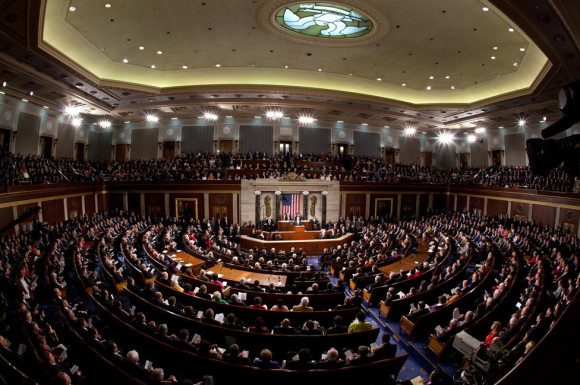 On Tuesday evening President Obama indulged in the ritual monarchical pretense that seems to afflict our Republic, giving his State of the Union speech before an audience of sycophants and hustlers (commonly known as the Congress, so-called representatives of the people).

In the course of his lackluster recitation of the tired Democrat talking points from the last few months (Minimum wage! Marriage equality! Equal pay! Grievance and division!) he managed to be simultaneously boring and contemptible, yet captivating in his arrogance. Watching him, it was clear the man is forever impervious to the reality which has assaulted his presidency for these five years. Indeed, I despair of that reality ever permeating the aura of self-regard and smug condescension with which the President seemed almost to glow as he soaked in the awkward applause of his Democratic colleagues in the Congress.

For those who maintain that the State of the Union is a meaningful speech in which the President lays out attainable political goals, my sympathy card is in the mail. But I suppose it would only be fair to outline some of the major “points” he made.

The one part of the speech that was actually worthwhile, that approached any genuine meaning at all, was when the President recognized an Army Ranger, Sergeant First Class Cory Remsburg. Sergeant Remsburg had been severely wounded by an IED. Despite nearly dying and suffering brain damage, he has slowly regained the ability, through numerous surgeries and daily rehab work, to stand and to communicate. The Sergeant’s refusal to quit should inspire all Americans, regardless of politics.

If there was a moment to take away from Mr. Obama’s speech, it was that one.