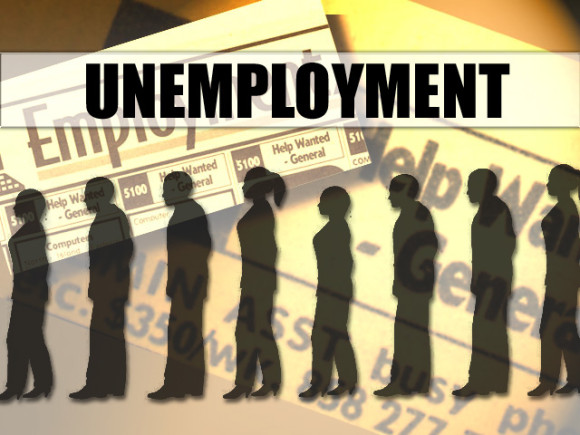 In a piece in The National Journal, Ron Fournier takes aim at the supposed “heartless” GOP. One of this targets is Kentucky Senator Rand Paul, who had the following to say about yet another extension of unemployment benefits:

“I do support unemployment benefits for the 26 weeks that they’re paid for. If you extend it beyond that, you do a disservice to these workers,” he said in an interview on “Fox News Sunday.”

About 1.3 million long-term jobless Americans will lose federal benefits if Congress fails to reauthorize the Emergency Unemployment Compensation program, which expires at the end of December.

Without congressional action, the most time that people could get would be six months of state unemployment benefits.

“When you allow people to be on unemployment insurance for 99 weeks, you’re causing them to become part of this perpetual unemployed group in our economy,” Paul argued on “Fox News Sunday.”

Ron Fournier writes about such a POV being “heartless”:

He’s wrong, and he’s making the GOP look clueless. Studies typically cited by the GOP are old and irrelevant to the current economy, which is in the midst of a once-a-century economic shift that makes it extraordinarily difficult for some workers to adjust.

Actually, Senator Paul is absolutely right. This is not about workers “adjusting” or perception. It’s reality.

For the first time in my adult life in the summer of 2012, I joined the ranks of the unemployed. Since January of 2011, I had been working as a contractor with steady work coming in. I had secured (or so I thought) a good long term contract and relocated to the Atlanta area. 30 days later, that contract was terminated. Since so much of my time was devoted to that contract, there were not other clients I could rely on and I had to scramble to find other work, as well as go back to looking for work in the corporate world.

I put my resume together and had some contact with recruiters. In the span of a few days I had two recruiters tell me that I needed to adjust my resume to show the contract work I had as “employment.”

They told me flatly: “Employers will see it as a gap in your employment and they will toss your resume.”

I had not considered this because I hadn’t been out of full time work since I was 19 years old. But a quick Google search will bring up thousands of articles explaining the risk of a long employment gap.

The ones who are clueless in this debate are those who believe extending unemployment benefits somehow creates jobs. President Obama attempted to make that case two years ago:

President Obama said that he will delay his vacation and keep Congress in session until the passage of his desired payroll tax cut and unemployment benefits extension — two proposals that Obama said would create more jobs than the Keystone XL pipeline that his administration recently delayed.

“I would not ask anyone to do something I’m not willing to do myself,” Obama said when asked if he would go on vacation while keeping Congress in Washington D.C. “We are going to stay here as long as it takes [to get unemployment extended and pass the payroll tax cut].”

How has that extension worked out?

As somebody that was unemployed for a few months, I sympathize with those who are out of work. Conditions have created a climate wherein employers can be very selective about who they hire. Many companies are not in a rush to fill positions with many vacancies staying open until they can find the “right” person. Business is doing very well these days with a leaner, more productive workforce.

At some point however, good public policy has to replace perception.

Governors such as Scott Walker and Chris Christie told constituents that short term pain would pay off in the long run and now we’re seeing the results.

Even in Florida, perpetually unpopular Governor Rick Scott announced the state will have a budget surplus of more than $1 billion in 2014.

These leaders made tough choices and early on, they were not positive, politically.

President Obama meanwhile, has embraced Keynesian policies now for the first 5 years of his presidency and the results have obviously been a major failure. Yet he continues to cling to this notion that only if the government is involved a little more, things will turn around.

He has the opportunity to work with the GOP and embrace some free market ideas that would unlock trillions of dollars and let if flow into the economy allowing for private sector growth that would eventually forced businesses to increase hiring.

Sorry Ron. The only thing that is “heartless” is continuing to maintain unemployment benefits in perpetuity, pretending that it’s the best course of action. When the economy finally does truly recover, millions of people will be on the outside looking in because the powers that be were more concerned about perception than good policy.