It’s a new feature  that we’re going to try around here and we’ll pick a new celebrity each week. This week’s choice is Sean Penn.

Plus, Penn is a jerk in real life so it’s easy to use him to have some fun with the news.

So without further ado, Pocket Full Of Liberty presents the Sean Penn Awards:

This award is proudly presented to Democrats, liberals, the NAACP and anybody else that threw a fit over the fact that a rodeo clown dared to don an Obama mask and proceed to make fun of dear leader. Politicians of all stripes, all parties and all ideologies deserve to be made fun of. It’s just one of those things. This (so far) takes the cake for left wing faux outrage over President Obama. Congratulations! 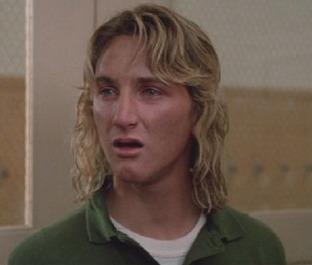 This award goes to the dumb-ass who worked (note the past tense) for one of those quick oil change places in Canada. The guy decided he was bored enough that he wanted to smoke some hubba. Not all that surprising except the idiot decide to publicly tweet his thoughts, asking any potential dealers to stop by. Well, the cops noticed it, RT’ed it, which tipped off his employer, Mr. Lube who promptly fired the guy. Good work Jeff!

This is being given to San Diego Mayor Bob Filner. The serial sexual harasser who spent about 18 minutes in “rehabilitation” for his groping misdeeds, is finally being called upon by some fellow Democrats to resign.  I guess it took word that Filner was playing grab-ass with a great-grandmother for Nancy Pelosi to get brave enough to call on him to step down. Eff you San Diego!

The Sean Penn Falcon and The Snowman Award

This award is for Bradley Manning and his superiors. Manning, a traitor (in my book) who released a crapload of documents to the uber-douche Julian Assange and Wikileaks, was apparently known to be an emotional train wreck. Despite the fact his superiors knew he liked to dress up like a woman, he was still allowed to have access to such sensitive information. USA! USA! USA!

This award is being handed out to Yankees third baseman Alex Rodriguez. Not content to get himself into trouble with PED’s, it has been learned he decided to rat out other players including one of his own teammates. If there was ever a male professional athlete that suffered from serious Daddy issues, it’s A-Rod. That still doesn’t excuse doing this. Punk move Alex. Punk move.

This “loser” award is being given to President Barack Obama whose approval on the economy has plummeted to 35% in a recent Gallup poll. The real irony here is Obama’s approval probably comes from stock brokers, investment bankers, hedge fund managers, etc. — the very people who Obama swore he was going to reign in. Main street? Hah!

The Sean Penn I Am Sam Mental Drain Award 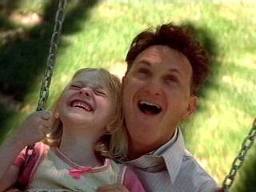 This is being awarded to New Jersey Governor Chris Christie who for some reason thinks “big tent” means bashing the more libertarian and conservative wing of the party – again sniping at Rand Paul and throwing some bombs Bobby Jindal’s way. The beltway people will love this, but pssst….you need to also appeal to primary voters. On and Governor? All that libertarian bashing looks brazenly stupid in light of the Washington Post story out today about the NSA (more on that later).

And there you have it. Join us again next week as we choose a different celebrity for the weekly awards!