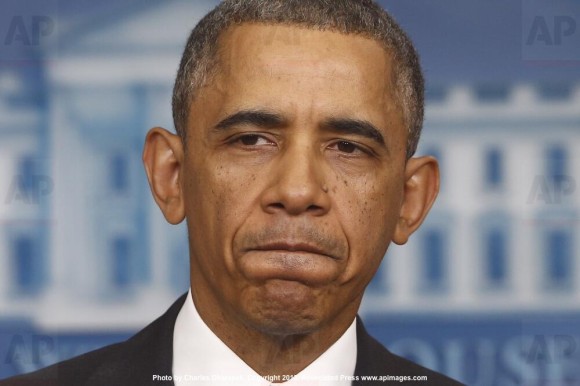 The lies get exposed and they move the goalposts. So, “If you like your doctor, you can keep your doctor” has now become, “The President never said you were going to have unlimited choice of any doctor in the country you want to go to.”

Watch below as Chris Wallace tries to get a simple ‘Yes’ or ‘No’ out of Zeke Emanuel:

This all a bunch of nonsense. The President made explicit guarantees about his health care plan:

He never added, “You’ll have to pay more to do so” for items one and two. As for item three, on at least 19 occasions, President Obama said premiums would go down by $2500.

He obviously lied and now they’re doing whatever they can to shift blame for this debacle to Republicans and insurance companies and pretending that Obamacare is now successful largely because the website is working better.