This past week, I had the pleasure of attending a “conference” with the Franklin Center For Government Accountability in the city of Detroit.

I used quotations because it wasn’t so much a “conference” as it was a number of assignments visiting various organizations and businesses in the Detroit area to get their perspective on what kind of vision they had for the future of this city. I’ll be writing more about those subjects in detail, but wanted to give my overall impression of The Motor City.

As somebody born in NYC and having lived right across the river in New Jersey for nearly 30 years, I certainly can sympathize with the pride many of the residents of Detroit have for their city. It’s their home. They want to see it flourish again. Below are some take-aways.

It’s actually a great city – When I say “great” I don’t mean like Chicago or New York City for obvious reasons. I say “great” in that there is the potential for it to make a comeback and that there are still enough remnants of its previous glory to see what it was and how it could be again. As I said, people there take great pride in their city and they’re happy to talk about the positives it still has to offer.

Like any older city, there is great architecture around – Many of the buildings, particularly in the downtown area have been there for a long time. As I was walking around, it was easily noticeable how much work was put into some of the design of the structures. The big question of course, is can the city get those spaces occupied. 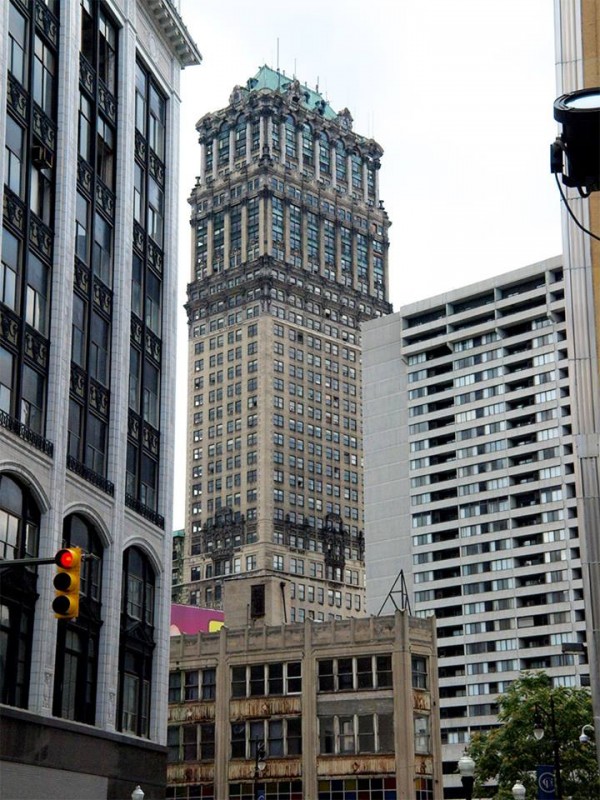 Detroit has become a tech hub – As strange as it may seem, tech jobs are plentiful in Detroit. This article is a little over a year old but still shows Detroit as one of the fastest grown tech cities in the United States. When you combine real estate that can be had inexpensively and the low cost of living as opposed to Silicon Valley, Chicago or New York City and you have a combo that can attract younger people.

There are a lot of great areas to hang and walk around – Our hotel was close to Monroe street which has a variety of restaurants, bars, a bakery and other stores. Over on Broadway there was the Detroit Beer Company and some other eateries that extended outside. One evening we ate at Angelina’s Italian Bistro which is right across the street from Comerica Park. The best part is, these places were full of people, many of whom were local to the area.

With all of that said, there are still a lot of negatives.

The blight is real and it’s depressing – The further you move away from the downtown area, the more you see the devastation this city has suffered. Abandoned buildings and homes are common. Dilapidated houses are plentiful and there are areas where you’ll go 1-2 blocks and not see a house where plenty of them once stood. It’s referred to as an “urban prairie.” There are areas that are so desolate I was able to make a u-turn in the middle of a 4 lane road because there was maybe one other car in the area.

Starting a business in Detroit is still difficult – Real estate costs may be low but apparently the red tape is still very thick. I attended a panel discussion on Friday morning where some policy analysts were discussing Detroit. Andrew Moylan of the R Street Institute remarked that due to all the regulations and bureaucracy, it’s easier to open a restaurant in New York City than it is in Detroit. That needs to change and it has to change for people to make investments in the city.

The good areas are spread out in small pockets of town – This could ultimately be a good thing but right now it presents a problem particularly for those not familiar with the city. The way the city is spread out, it’s very easy to have been in a spot where there are shops and places to eat and then within several minutes be in desolate area. Hopefully, the good will continue to build what’s around where it is now. The question is, how long will that take?

There is still the question of government leadership – The same people are getting elected and one has to wonder if anybody has learned their lesson. If they haven’t, Detroit will be in the same boat 20 years from now. It was lifelong, Detroit area resident Tom LaDuke who said, “It seems as if nobody who is responsible for this mess is going to feel any real plain as a result.”

It will be interesting to see how things progress over the next several years.